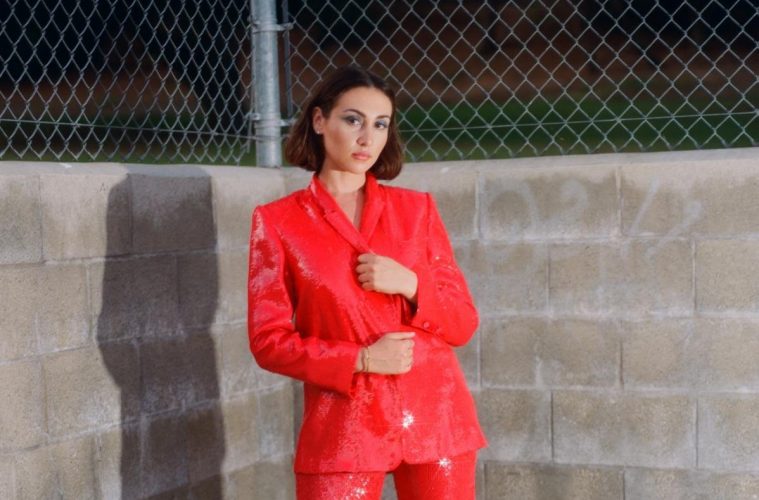 Solo artist and Grammy-nominated producer/songwriter HARLOE has teamed up with Grammy-award winning producer Latroit to release the remix of her single “Crush On You” featuring Pretty Garter. The re-imagined version – originally off HARLOE’s debut EP Rivers Run Dry (out now via Roc Nation) is a nod to the ‘80s dance era, layered with pulsating pop beats, bowed guitar, and electrifying synths, pairing perfectly with HARLOE’s dazzling vocals. “Hearing how Latroit re-envisioned ‘Crush On You’ with his remix made me literally dance and scream out loud from the first 10 seconds I heard it. It’s groove, the feel, and the sounds that take me back to all the soundtracks I love listening to and he made such a gorgeous landscape for the song,” shared HARLOE on “Crush On You (Latroit Remix ft. Pretty Garter),” the first of five upcoming remixes Latroit has partnered with her on. She continues, “I love the world that Latroit creates with his music, it’s so distinct but also so nostalgic.” PRESS HERE to listen to “Crush On You (Latroit Remix ft. Pretty Garter).”

“I really feel a connection to the production and cultural DNA of HARLOE’s music. I had a track started with a new artist i’m working with named Pretty Garter. We had the music idea and this little repeating vocal melody, but not much else,” shares Latroit while discussing the process behind the remix. “I played the acapella for ‘Crush On You’ and the two ideas seemed to go really naturally together so we mashed them up and the result feels organic to me.  I’m really looking forward to working Harloe more in the future. What a talent.”

The release follows her 2017 singles “More Than Ever,” a stark and confessional heartbreak, and break-out single “All In My Feelings” (PRESS HERE to stream the re-release featuring Dreezy) which immediately hit #1 on Hype Machine, Top 5 on Spotify’s U.S. and Global Viral Charts. She recently wrote and sang on Robin Schulz’ “All This Love,” which has garnered over 67 million streams, and earned a Grammy nomination for Ella Mai’s self-titled album of which she co-wrote “Run My Mouth” and Kelly Clarkson’s Meaning of Life of which she co-wrote and co-produced several songs. Her writing and production powers marquee cuts for artists including Charli XCX, Sabrina Claudio, Nick Jonas, JoJo, ZAYN, Celine Dion, and Britney Spears.

While bravery materializes in a myriad of ways, for HARLOE it entails stepping up to a microphone and singing truth directly from the heart. Stepping out from behind her role as a songwriter and into her own artistry, HARLOE constructs a world of her own in the space between urban grit and high-fashion elegance. Born and raised in Queens, NY, she is an empowered one-woman tour de force, singing, producing and writing all of her music. A gifted vocalist, classically trained pianist, creator of indelible melodies, cut-to-the-bone songwriter, and a badass producer, HARLOE has garnered support from various media outlets. Her debut EP, Rivers Run Dry, showcases a side of herself that she’s finally ready to share with the world as she walks through the chaos of life and embraces it making her a force to be reckoned with.