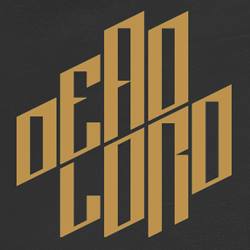 RYL: Your new album is titled “HEADS HELD HIGH”… tell us more about it…

DEAD LORD: We play rock with our heads held high. The album title derrives from one of the songs.

The title’s got a double meaning to it. One being the macabre litteral meaning of it. Actually holding heads up high, hence the cover artwork. The other one being… well the actual meaning of it.

RYL: Let’s talk about the song “WHEN HISTORY REPEATS ITSELF”, what it means for you?

DEAD LORD: I wrote that tune one day after reading about the Israel/Palestine conflict. Usually when I wite lyrics like that one, it’s not one event or conflict that ends up being the inspiration for the lyrics.

It’s more like a general reflection on how our world keeps repeating itself when it comes to war, religion, economics and politics. I always try not to mention the exact things that inspire the lyrics. Instead I try giving the song a more general way of describing the way I feel when looking at our world.

To me it feels like you are giving the listener more opportunity to give the song its own meaning when it’s written in a more non explanatory way.

DEAD LORD: Not really. Some songs are about light topics and others deal with more heavy stuff, like religion or political issues.

However, what get’s my inspiration going when it comes to lyrics are the way our world is completely opside-down. I’m an atheist and really fascinated by religious people and the conflicts associated with religion.

And usually when digging through those kind of things you’ll find explanations to a lot of other terrible things, like war and other world conflicts.

RYL:  Do you remember the day you wrote “RUINS”?

DEAD LORD: Indeed. I was feeling a bit hopeless. It’s about the decline in the swedish welfare system.

Sweden is known for being a country with a strong welfare system.

That is due to Sweden having had a left wing government for most of its modern time.

But ten years ago or so we got a right wing government who basically sold and privatised many of the companies that were owned by the state.

They lowered the taxes too. This led to increased injustice and poverty. The rich got richer and the poor got poorer. A welfare system like Sweden’s took a lot of time to establish, and it seems that soon only ruins will remain.

DEAD LORD: I have no idea. I just write them. It usually starts with me humming some nonsense over a riff or chords. I kind of initially know where I want certain sounds and rhymes.

Then I try coming up with something that sounds cool but still has a real meaning. I’m well fed up with the typical rock lyrics. You know, partying and having sex. If I’m in the mood of partying, I’d much rather do that than write a song about it.

DEAD LORD: Thin Lizzy’s “Do Anything You  Want To”. I mean:

“There are people that will investigate you.

They’ll insinuate, intimidate and complicate you

Try to shake or take you

Don’t let them break you”

“People that despise you will analyse then criticise you

They’ll scandalise and tell lies until they realize

You are someone they should have apologised to

Don’t let these people compromise you

A freakin masterpiece. And truly inspiring too. The rhymes have a clever timing to them. He knew his way with words, that Phil guy.

DEAD LORD: As long as we’re able to play shows and as long as there are people liking what we do, I’m happy. But of course bigger shows are more fun, so playing the next Carlifornia Jam might be nice.

DEAD LORD: I don’t really think about my lyrics in that way. I can’t really say which one is better than the other. But if I had to choose I guess it would be the second verse to When History Repeats Itself:

“Ideas of superstition they mercilessly stress

Lying ahead are trails of dead, as history

DEAD LORD: The lyrics are the last thing that come in place when I write tunes for Dead Lord. Sometimes i finish them in the studio.

So the newer songs are more or less just named “Fast Shuffle-thingy in Dm” and “The slow one” etc.. The latest one is “The B minor riffy thing”.

DEAD LORD: We’ll be be out touring as much as we possibly can. So far it has mostly been Germany and mainland Europe.

But we’re aiming for South and North America and Asia as well.. Next european tour is in november, with Danko Jones. Will be a blast, I’m sure.

RYL: let’ s talk about “STAINED FOOLS”, what its lyrics mean to you?

DEAD LORD: It’s kind of a weird title, but it sounded cool, so I went for it. It’s about religious people being ignorant.

The phrase “possessed fanatics, hopeless romantics” is a fun one to sing, and pretty much sums up how I feel about some of the very religious people.

Many of whom have a childlike way of viewing the world, looking for beauty and meaning where there are none.

All whilst being entirely brainwashed with their old books. Professor Richard Dawkins once said “I am against religion because it teaches us to be satisfied with not understanding the world”.” That sums it up pretty well. I really can’t understand how people can be creationists, and believe in the literal interpretation of old books when we live in a time where we have computers and smart phones.

We use the same science for biology and the teachings of evolution, space exploration and physics, and chemistry as we do for making computers.

That alone should be a good hint to what is actually “true”. I can’t disprove that something doesn’t exist. That’s a contradiction in itself.

But I’m happy believing in what we actually can prove. I’m as much an atheist as I am an a unicornist.