Heart of Stone – interview with Blameshift

Today’s interview is with Blameshift an independent band from NJ that has accomplished more than they could have ever imagined.

They have landed endorsements with the biggest music companies in the world like PRS Guitars, Sennheiser, GHS Strings & Bogner Amps as well as COLDCOCK Whiskey, Venue Magic and Sullen Clothing.

They have toured alongside and shared the stage with bands like Pop Evil, Adelita’s Way, Sick Puppies, Straight Line Stitch, 12 Stones and Black Stone Cherry to name just a few.

They’ve lived in Los Angeles for months at a time, writing and recording songs with producer and mentor, Erik Ron (Issues, Set It Off, New Year’s Day) and have landed dates on the Vans Warped Tour.

Their music has been played on TV shows on MTV, Oxygen, E! Network and more.

Their songs have charted on Active Rock Radio Charts and has been played on Sirius XM as well as hundreds of other radio stations nationally and internationally.

Are you happy of the success of your album  “Heart of Stone”?

Yes, we are extremely happy with the success of “Heart of Stone”. We put a lot of time, love and energy into this album and I think it really connected to our fans the way we hoped it would.

People seemed to really embrace the songs and the meaning behind them.

Are you currently working on new material?

Actually, yes! We are just in the very early stages of working on a new album. You can expect a single this summer for sure!

Writing lyrics is a very personal experience for me.

I usually start with a bunch of written ideas and as the songs develop, I see what the vibe of the song is and see what lyrics would best fit that feel. Lyrics can’t be forced, they have to come naturally.

Do you use writing as a form of therapy?

Yes, of course. Writing lyrics is extremely therapeutic. As our band has progressed, it has become increasingly easier for me to dig deeper with my lyrics.

How important is communicating a message in your songs?

That is the most important part of a song.

The lyrical content and message are what stays with a listener forever.

You want to touch someone in a way that really hits them on a deeper level.

What is the most important lyric among the songs of the album?

I think the lyric “Tell me it’s alright” from that song is the most important lyric for me. It’s kind of that inner conversation you have with yourself to convince yourself that everything will be ok.

What inspired “Tell me it’s alright”?

Like I said before, “Tell me it’s alright” describes that inner battle with yourself where you are trying to stay positive and stay afloat but it’s that constant negativity trying to bring you down.

I think that it has been a definite fight to stay the course and keep pushing forward and this song describes that fight.

What is the best thing of being on tour?

Everything about being on tour is amazing. I love every minute of it.

The traveling, the people, the music…it’s all worth every sacrifice I’ve ever had to make. I wouldn’t trade tour life for the world.

What is the craziest thing a fan did for you?

We’ve had funs take us in for Thanksgiving. You name it, it’s happened to us.

But all those things make for the best memories and the best stories! 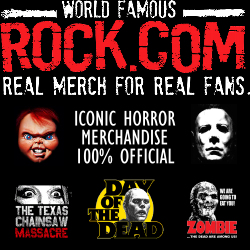 Do you remember the day you wrote “Mon$ter””?

Yes! I’ve had that concept in my head or awhile now.

I was in my home studio and the lyrics finally came out the way I wanted them to. That’s the best feeling, when you have an idea in your head and you can finally put the idea down on paper.

But, yes I actually distinctly remember that moment.

You will participate to NAMM in order to support your jewelry collection Strung, how did you come up with the idea to create this brand?

We created this brand a few years ago while on tour.

We were actually headed to play Warped Tour and I had this idea to make jewelry from guitar strings.

I had seen these string laying around our bus for years but it was one day that it all clicked. At first we were just selling them at our shows and people were going crazy for them. I had no idea it would turn into an International brand. It’s been really exciting!

Part of the revenues will support unprivileged children, can you tell us more about it?

Yes, giving back has always been something we wanted to do with this brand.

We donate a percentage of the profits to support music education for underprivileged kids. Music is such an important and integral part of a our lives and we feel that no kid should be denied that opportunity! 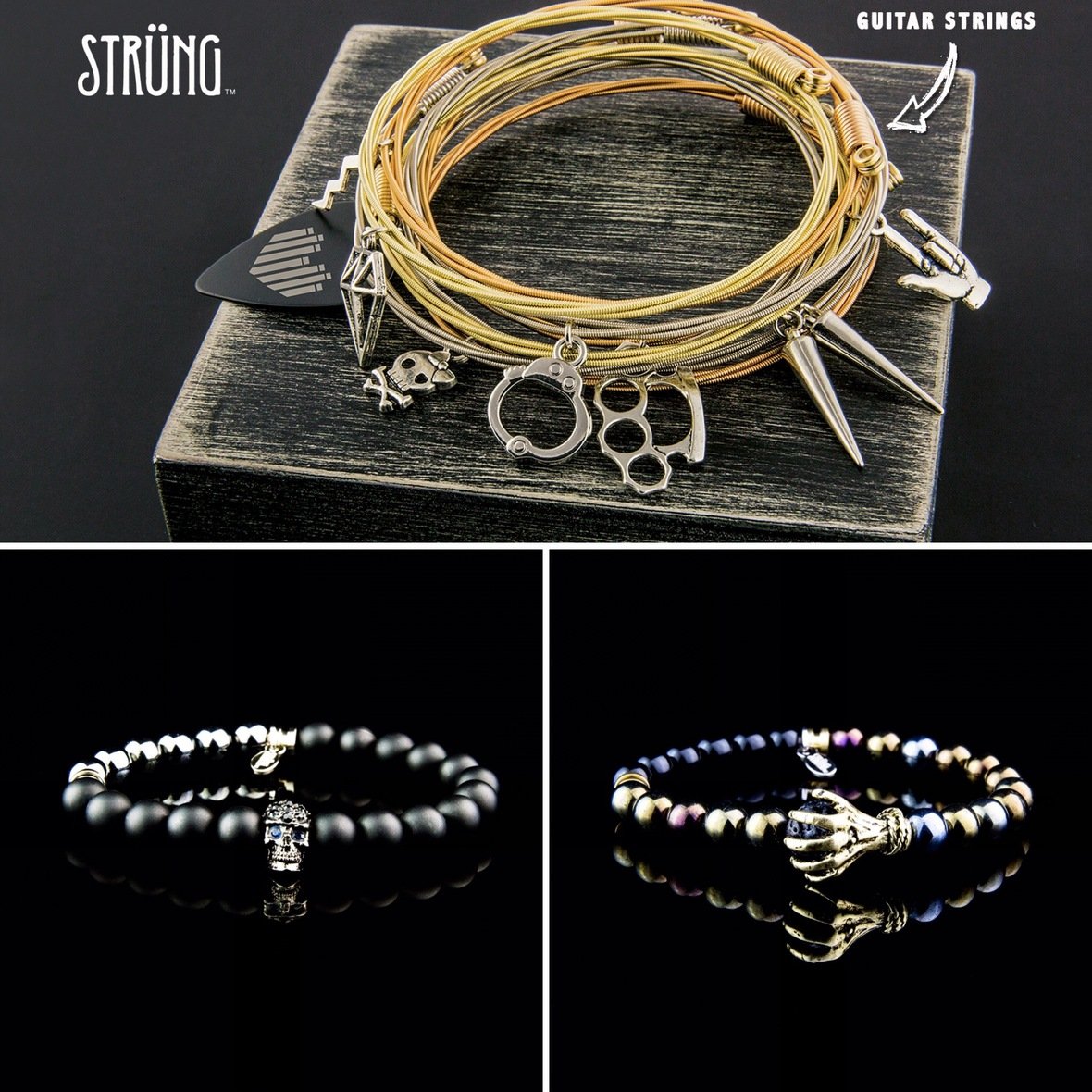