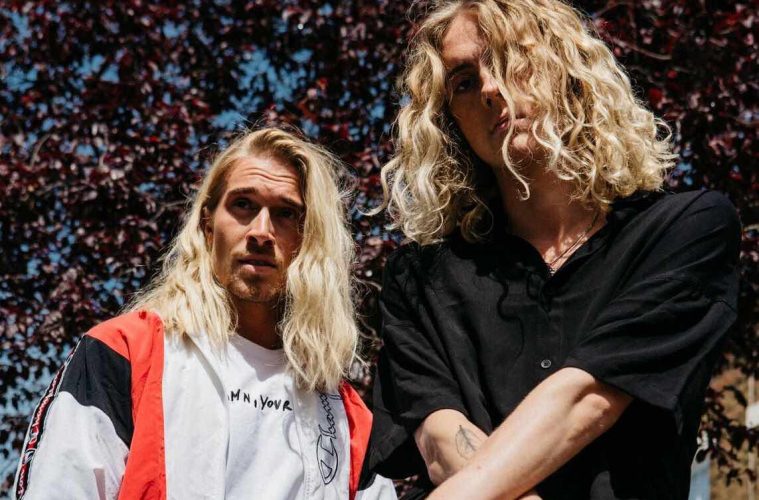 rockyourlyricsJune 30, 20180 views
News0 views 02 min read
Today, Swedish pop duo Hearts & Colors unveil the video for their brand new single, ‘Waterbed’. This follows the release of the double release of the track and “Lying To Myself”, following ‘Too Many Friends’ – out earlier this year on Island Records.
Both co-written by the pair, ‘Waterbed’, with it’s longing, sunshine-tinged, low-slung R‘n’B vibe practically invites Summer, while easy-going and honest ‘Lying To Myself’ is a hug in itself – oozing all the comfort of a lazy, thoughtful Sunday.
The video for ‘Waterbed’ is a stylish, laid-back, and contemporary effort that was filmed at an abandoned school in Oxfordshire. The visuals perfectly showcase the track’s playful narrative, as the pair can be seen skating around a disused swimming pool and moving animatedly through tropical props.

Initially launching their career as an indie-folk duo, best friends Philip and Nico achieved viral success with their song ‘Lighthouse’ a track they wrote in Nashville with 250 million + Spotify streams, remixed by producer Andrelli (Rihanna, Lady Gaga). Prior to this, the pair cultivated their own prodigious following on YouTube, modestly posting powerful acoustic cover songs by the likes of One Direction, Justin Bieber & Bruno Mars. Their efforts saw their views soar to over 15 million. “We did it for fun, without any real intentions,” they recall, “but the feedback was so overwhelming – we just kept posting, and posting..”
Of their latest new singles, the pair say, “We wrote ‘Waterbed’ one winter while looking forward to the heat & sunburn – and now we’re finally here.. ‘Lying To Myself’ was actually one of the first songs we ever wrote together, 2 years ago. We’re so excited to finally release them!“
Hailing from a small town just outside of Gothenburg, Hearts & Colors make music with ambition and impact that will see them reach far further afield. Their success has accelerated at such an incredibly fast pace – one that that shows no chance of slowing down any time soon. Sweden will always be home, but Hearts & Colors are ready to get out into the world and make their mark in pop music.