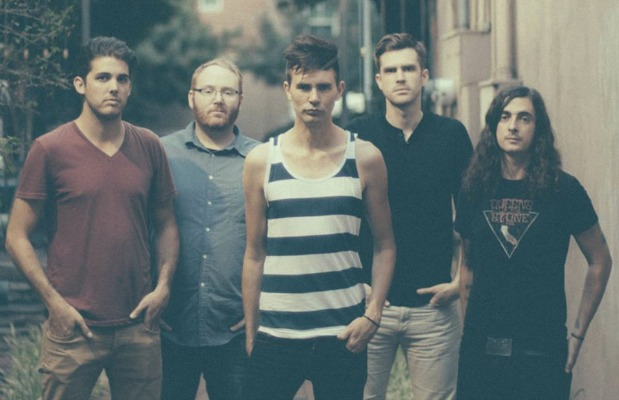 Heavy is the Head – interview with Brooks Paschal – SULLIVAN

RYL: Your new album titled “Heavy is the Head” will be released early December. Lyrically speaking, what does it represents for you?

SULLIVAN: For me, it’s always been picking a place and a time, then you build around that.  For example, “What’s Good For The King” takes place in a middle American suburban home but uses a lot of medieval imagery.

With this method, the message kinda creeps in, it’s not so blatant.   Thats what its about for me, creating some tension.

RYL: first song released is “What’s Good For The King”….What inspired its lyrics?

SULLIVAN: I grew up in a rural area in North Carolina.  There are a lot really big ranch style houses that are really old and run down.  I wanted to capture a moment in time of everyday life.  The normalcy before things goes wrong.

As the story develops we learn more about the center character of the story and how his life parallels his father’s past.

SULLIVAN: For the most part, yes.  There is a lot medieval imagery and a lot of violence for sure. 🙂

RYL:  Do you remember how you wrote “Pieces” ?

SULLIVAN: Absolutely, that song has the most tension to me.  It’s a very sugary sounding song, but the lyrics tell a very dark story.  I wanted to create the dialogue of person having a conversation with “suicide.”

I thought it was essential that the music be disguised as a happy piece, just like suicide might mask the reality of what he was selling.

SULLIVAN: Phonetics, starts with the melody and the phrasing, then I just hope to find that place and time.  A lot of songs end right there because I never find them, but if I find it, the lyrics begin.

With this album, I waited until the music was completely finished to start the lyrics.  I knew the place and time, but I waited on specifics.  I wanted the composition to fully influence me.

SULLIVAN: On this album, probably “Melanoma Lullaby.”  “Eyes, they open up before you, disguised as little drops of lies.  We admire, while cancer overcomes you, benign and never forced to grow, let it grow, let it grow”

First off, I wanted the music to sound like a tiny lullaby  Secondly, I wanted the mood to change at the lyric “let it grow.”  The verse is actually just about a newborn opening his/her eyes for the first time.  The “benign cancer” is just a morbid way of looking at growth.

RYL: What inspired “Where the pavement meets the road”?

SULLIVAN: The idea of the song is a person who realizes they are outmatched.  They recognize the weaknesses of someone, but understands that when the time comes, they will succumb to that person.

Where the pavement meets road is the moment of impact that we all experience, after the talking clears, and the speculation is over and you are put into action.

SULLIVAN: We were built to tour, its something that we did a lot of.  Coming off our first show in 7 years, it was obvious that we still have it in our blood, but we are in a great position to see how the album is received and then see where to make our next moves.

Like any other band, we had great markets where people really loved us.

Let’s see how that has maintained over the years and how many new fans we have and then we will hit the road.

RYL: In order to write a song you prefer an acoustic or an electric guitar?

SULLIVAN: It depends for sure.  70% of the time, acoustic, but “Seagrams” was written and recorded at the same time.  I was in a Jeff Buckley mood, so I grabbed the strat and just it go.  Whatever happened, I was gonna let it happen.