For the most part, the song kind of writes its own lyrics. Allow me to explain. 99% of the time, the music will be the first thing that shows up.  Typically, it will be choruses, but verses naturally appear as well, it just depends on the song.  There will also be words associated with whatever melody is driving the song, but typically it is a bunch of random words or syllables that sound good with the rhythm.  The mood or vibe of the instrumentals will already give some clues on the theme of the lyrics.  So the only thing left to do is find the right story, and I’ve got more than plenty, to match the music. 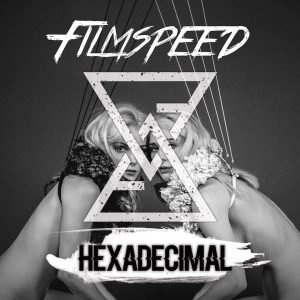 I strongly believe that songwriting should be done without conforming to any set of rules, a great song is a great song. Above all else though, I value authenticity. If you don’t feel it, how would you ever expect anyone else to?

I can definitely see how someone could be bashful about it, some of our songs have incredibly intense memories associated with them, some are dark, and some still hard to discuss.  I see the whole thing in a bit of a different way though.   Music has always been therapeutic to me, so to jump on a stage, crank up the amplifier and belt it all out to a room full of drinkers and dancers is the best possible use of all that energy.  It keeps me coming back every time.  Besides, the stranger’s opinion doesn’t bother me, it’s the people that the songs are about, haha!

DANG… that’s not easy… well if I gotta choose…
The song is “Love Me Like Tomorrow”.    This song was written for my late mother. Unfortunately she passed last year, and never got to hear it.  I have lived in Southern California for the last 12 years or so, my whole family still lives back in the Detroit, Michigan area.  My mom had a five year long battle with breast cancer.  Things took a dramatic turn for the worse at the end, and by the time I was able to see her in person, I only had about 36 hours before she was gone.  “Love me like tomorrow ain’t gonna come.” Is the chorus line.  So honestly, the whole song is meaningful.

What inspired. “Just My Luck”, part of your latest album Hexadecimal?

That song sums up my relationship with fate.  Sometimes the universe mocks you and lines up the perfect uppercut to your life, which is already on the ropes.  It’s the age-old “If I didn’t have bad luck, I’d have none at all.” But in this case, it’s more along the lines off “Yep… Figures.”

This song is a reflection of the anxiety that comes with building this music career in a constant state of crippling urgency. Everything needs to be done yesterday. The album should’ve been out two years ago. This song was written almost three years ago.

Do you remember the day you wrote “I Feel Alright”?

Between family health issues, legal troubles, the endless financial struggle, and the everyday anxiety of being a musician, it’s always tough to identify which one is causing the insomnia on any particular evening. At the height of some of this chaos, I was out and about, gigging with the boys and bumped in to a buddy I hadn’t seen in a while. Now, standard question when you see someone is, “How ARE you?!”, and although standard replies are widely varied, my instinctual answer was, “Ya know? I feel alright. I feel better than I should.”

Thus far, the best has been the release of this last full-length album. So much life happened during the making of it.  We’re not even the same band members as when it got started.  Getting this batch of stories out and behind us is more satisfying and liberating than I can explain.

Most difficult was our time in between drummers before finding Oliver.  Our very first drummer is a childhood friend who moved from Michigan with us. We knew he would be impossible to replace. Our second drummer, James, really reignited a fire in the project and set it on a much more pure rock’n roll course. After parting ways with him though, we did not think there was even a chance of finding someone to fill the void.  Obviously, we were happily wrong and couldn’t imagine hitting the road with anyone better than Oliver.

As of right now, we’re about to announce a mid August trip through the Southwest. We are currently looking at upper Northwest as the plan for fall.  That may be all we get scheduled until winter, but we absolutely want to look at jamming overseas.