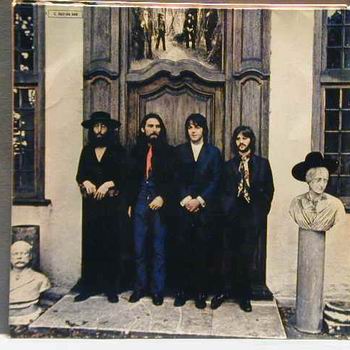 Did you know that once the radios didn’t want to play any song if this was above 3:25 minutes…….how crazy was that!

Only a very famous band like The Beatles would have been able to break this impartial law…….

They did it! “Hey Jude” released in 1968 lasted 7 minutes and 11 seconds and was published together with the album that will carry the same name.

This song will reach number 1 position in USA and UK, so, how the radios could oppose themselves to such incredible success (it sold over 10.000.000 copies alone since its release).

The interpretation of the lyrics is very uncertain, like it is the attribution of these two either John Lennon or Paul Mc Cartney or both of them .

The most recognized version talks about Paul going to visit the wife and the young son of John, JULIAN right after the break up of the couple.

On his way back, Paul would have written HEY JULES thinking about Julian and the difficult moment that he was having because the separation of his parents.

Later Jules will disappear from the song leaving space to HEY JUDE since it sounded better musically.

Before leaving you with the video of the Beatles playing the song we would like to bring your attention to the minute 2:59…if you listen well you will most probably notice that the words “fucking hell” have been said.

By whom? This most probably will remain a huge mystery.