what does hip hop mean for you and when you started to listen about it?

I started listening to Hip-Hop in 2006-2007, I fell in love with the vibe and how the rappers were expressing themselves.

I was just like any other fan of Hip-Hop until 2008 when my friend came from Canada, he had a Mixtape with him that had artists from Iraq/Syria & Palestine and it just hit me there; why are these artists not promoted on Arab radios/TV’s/media?

So I decided to take matters in my own hands & launch a blog called Re-Volt & from there I did the online radio thing for a while until finally in 2011 I launched Saudi’s first & only FM Hip-Hop Radio Show.

do you remember the first record you bought?

Bought, not really. No. But I remember that I loved & still love Biggie (Notorious B.I.G), for me his flow got to me a lot !!!

is there a song that you liked particularly because of its lyrics?

You got me with this question!

I do believe that lyrics are very important. There are a lot of tracks that I love, but the one I want to share with you & your readers today is by an American Muslim rapper named “Brother Ali” , the track is called “Own Light” , listen to the lyrics of this track guys..

how do you think hip/hop changed in the last 20 years in its approach to lyrics?

That’s a very long answer, but I will sum it up by saying that Hip-Hop has evolved, hip-hop started in the early 70’s in the bronx in NY city and now in 2017, it’s world-wide, there is Hip-Hop on every spot on earth.

Hip-Hop isn’t only rap, Hip-Hop inspires because its Graffiti, Djin and Breaking.

I believe in the early days, there was a lot of positivity, stand up to what you believe in, fight the power kind of attitude with lyrics; Now-a-days, its a little bit more commercial which is fine, it has evolved with the evolution of the human mind and the technology we have.

There are still “Lyricists” , rappers that believe in the power of the word; but the system doesnt always recognize them.

I believe good music, good rap exist, you just need to dig a bit deeper to find it and when you do, support it & push it because we need to push that culture back.

how is the scene in Saudi Arabia and in the region?

Rap in Saudi is the #1 in the GCC in terms of talent and fans.

It’s crazy given that in KSA there are no live performances venues. Artists depend mainly on Youtube to spread their music.

The scene is young, needs lots of education but I do believe there are some great rappers in Saudi that will have commercial success such as Lil Eazy who for me represents the new face of Saudi Hip-Hop.

There is always Qusai “Don legend”. He is the commercial face of Hip-Hop in Saudi and is doing a great job to always push positivity and to change how people in Saudi view Hip-Hop.

The scene is raw, and lately there has been lots of “beefs & disses” going on .

I do hope that things will clear up and artists start to realize that they have a lot of followers and especially young following that looks up to them.

They need to be responsible of what they are producing as art.

we came to know you because you organized a magic night in Dubai in the boom room….tell us more about it!

I have put together an incredible line up of artists that I love & believe in. It was a night that I will never forget.

The amount of hard work that was done by the artists was amazing.

From the get-go with Dj Liutik who set us all in the right mood to Rayan who rocked it with the sets he planned and his incredible production to Shébani and her confidence and what she represents as a young woman in the UAE to Hamza Hawsawi who proved he’s a force to reckon with not only in Arabia but in the world.

I could not talk about the Boom Room event without mentioning the crowd who gave us the right energy, the right vibes. Thank you for each & everyone. It was an honor hosting this and stay on the look out for more soon. Thank you also to you for coming.

any new plan for the future?

For now, its preparing a Hip-Hop festival and I also would like to announce via your site that I am now the Hip-Hop editor at music streaming application “Anghami” & there are lots of projects being cooked. Just stay tuned !

who is the best upcoming and yet unknown hip hop artist in the Region?

There are a lot, there’s the HRMNY movement which have (Moh Flow, Majeed) as rappers.

There is also Dubai based rapper Menon who I predict a big future for. Trak from Doha is also on the way. There’s also Freek who is based in the UAE and does Arabic Trap.

For me, its RUN DMC 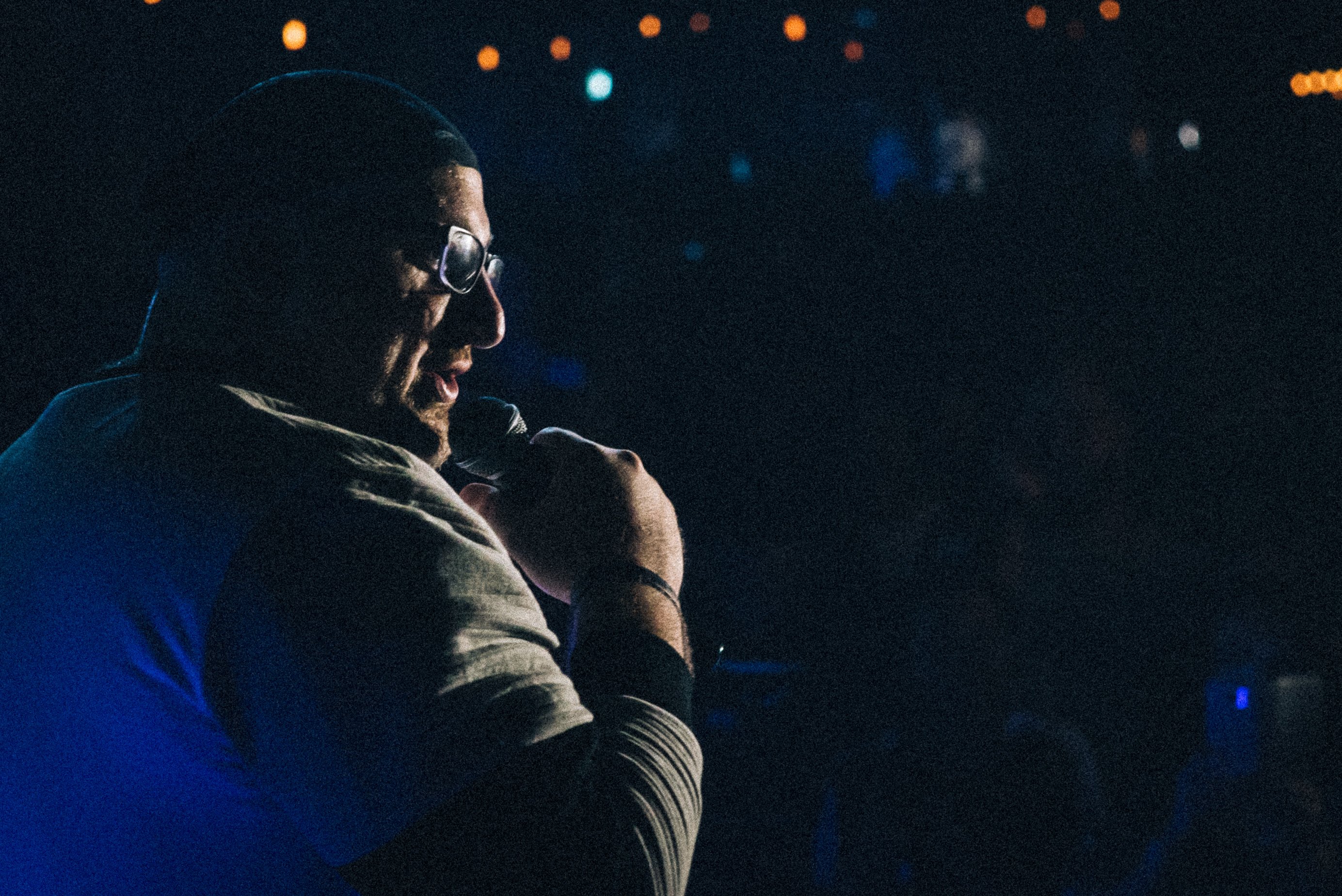 what does music means for you?