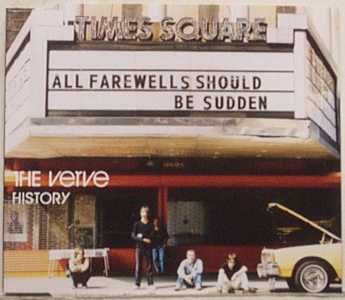 Have you ever seen the video of the song History? Well, if not, today you will have a chance to see it and discover the amazing similarity between Richard Ashcroft and Mick Jagger..

The song has been released in 1995 as part of “Northern Soul”  a very important album  for the band since  they  changed their sound from psychedelic to alternative rock.

Northern Soul is just another way to define the different aspects of Richard’s personality….like a Northern Star he is a mix of different facets all of them explained in the album.

“History” is a song that apparently has been written by Richard after breaking up with his girlfriend ….it talks about trying to get back together while it is clear that the story is over while love not yet (at least for him).

Did you know that History was released after that the band broke up?

Maybe, in the end, it was not just a love story that had to finish but also the band itself and then become history……