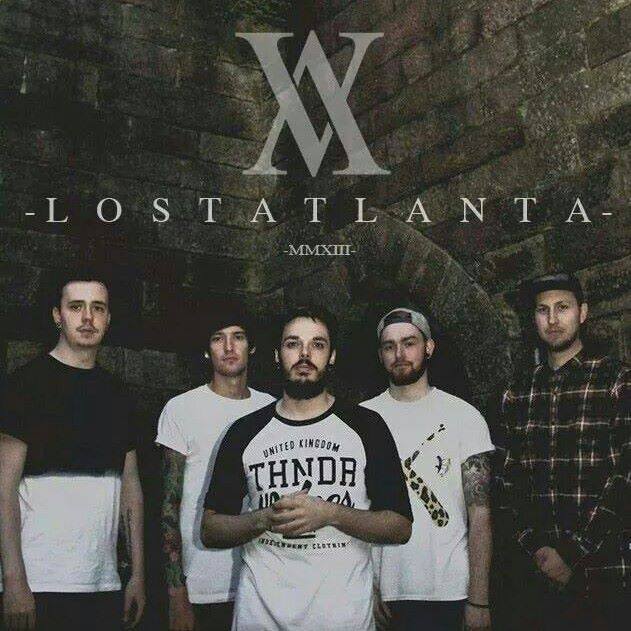 RYL: Your new album “HOLD.HEART” was released in October last year. What it does mean for you its release? Which was its main achievement in terms of lyrics?

LOST ATLANTA: It means a lot for us to release this E.P we have worked hard on every song on the record and we couldn’t wait to show the music scene what we are about. In terms of the lyrics I am quite proud of what has been produced.

LOST ATLANTA: There is no common theme amongst the album. Apart from “The Flood” the other songs lyrically have a meaning to me personally.

I like to write songs to vent my emotions and to share with people how I feel about a certain subject.

RYL: What inspired “Into the Grey” ?

LOST ATLANTA: I live in a small town on the outskirts of Wigan and Bolton.

I have lived there for all my life. The song is about me trying to leave this town but certain people either friends or people who I know have stopped me from doing so by simply questioning my ambitions, in doing so I stopped believing I could ever do the one thing I enjoy.

LOST ATLANTA: Well Ell our guitarist sends me a demo of a track we have been working on.

Then I just find somewhere quiet and secluded and start to write how I feel. I do have ideas what I want to write about. But sometimes I just listen to the song and try and think about how it makes me feel without lyrics.

LOST ATLANTA: “let the rain come down and drown our sins, we held our love with our own hands that make demons. Water’s slipping down your throat to clean the lies that you have told” .

RYL: what inspired the lyrics of “(she’s) Medusa”?

LOST ATLANTA: Well funnily enough this song didn’t have a meaning when I wrote it.

I was happy in a relationship at the time. When we recorded the track later that year it basically summed up a relationship, which unfortunately ended that year.

So now when I perform it on stage it gives me more incentive to really feel the words.

LOST ATLANTA: Oh god, this is a hard question. I’m a big sucker for quite cheesy songs which would put me in a good mood for the day.

Or Meghan Trainor because everyone loves her… don’t they?

LOST ATLANTA: Personally my favorite show has to be when we supported “Fed To The Ocean” on their last ever tour. The atmosphere was great, we was first on which was a bit daunting considering all the other bands on the bill was strictly hardcore. But after the set we got so many compliments from everyone.

RYL: Do you remember the day you wrote “Eminence”??

LOST ATLANTA: I do, “Eminence” was the first song I ever wrote for Lost Atlanta.

When the band was looking for a singer they was asking who ever auditioned to basically write something either a chorus or a verse to a song they wrote, which was Eminence. When I first stumbled across the band, I was ecstatic because the sound they had was perfect.

So one day in March 2013, I just sat down and wrote the whole song. The song is about reaching for your goals no matter what’s holding you back so it was quite fitting that I was writing it for what I saw as my last chance to perform on stage.

When I showed it to the guys and recorded it with them. They accepted me and now I’m here and I’m so grateful for them for giving me this chance to show everyone how I feel about different subjects in my life and to enjoy myself on stage.