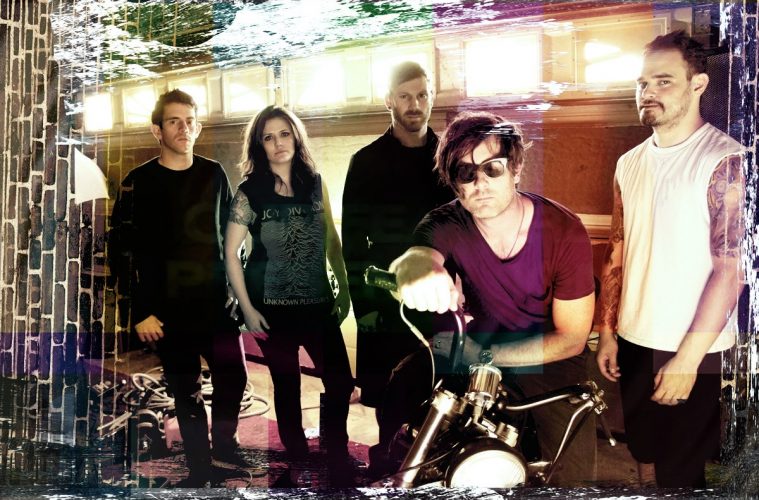 Hole In The Sky – Interview with Rus Martin – Fake Figures

Are you ever scared of revealing, aspects of your personal experience, to strangers through your music?
Not really. I tend to write abstractly. I let the listener get what they want out of it if it speaks to them that differs from my original intent, perfect. It’s like when you look at a painting… You get what you want out of it.

What has your journey in the music industry been like up to now?
Wow… You ever been on Mr. Toads wild ride at Disneyland? You know that part when he goes to hell…??

What was the soundtrack to your childhood?
Let’s see… There’s like 4 stages of childhood, so I’ll pick my favorite: adolescence. I went from all the thrash metal and punk I could gobble to youth of today and straight edge hardcore from my freshman to senior years in high school. Still listen to all of it now.

What was the first record you ever bought?
Metallica – Ride The Lightning

What is your favorite song (not written by you) lyrically speaking?
Jeff Buckley – Everybody Here Wants You

What inspired “Normal Life”?
It’s about expecting everything in life to fail because when do things ever go right? It’s pretty negative, I’m usually not that negative at all… But there was a time in my life… Which that EP captures nicely.

Do you remember the day you wrote “Ophidian”?
I think half of it was written for months. And then we finished it with Beau Burchell in his studio while tracking that EP?

What inspired “Hole In The Sky”?
I was coming back from a trip to big bear with my girlfriend and she took this incredible picture (the one used for our thumbnail) of the clouds in the sky and it had this massive hole in it and it made me think about how, ultimately, we will all face our Maker and what will we have to say that we’ve done here once that time comes?

What is the best show you ever played?
Hmmm… Probably when I was in Hotwire, we were touring with Hoobastank and we played the Trocadero in Philly, it was packed, we opened and when we walked out on stage the crowd went nuts… We were all like, uhhh we’re the opening band, people.

What are your plans for 2018?
To release a video for “Hole In The Sky”, record a new EP, and visit Yosemite.