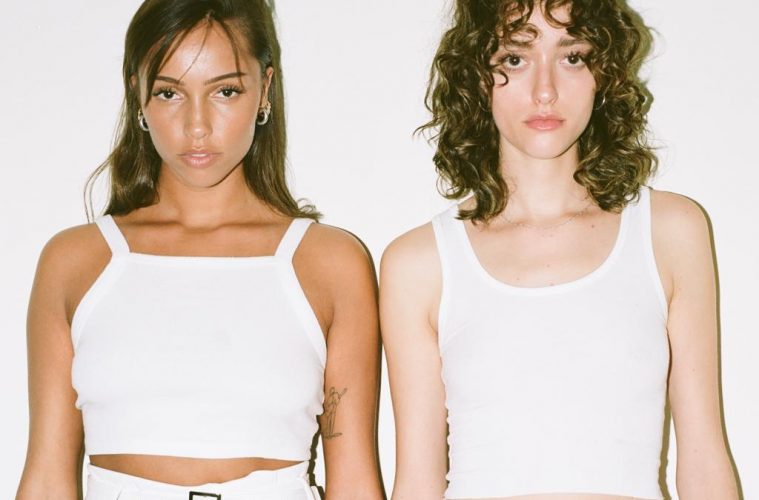 Usually when we’re in the studio we sing melodies over a track. Then we sort of start to mumble words in and random lyrics over those melodies. That’s usually how we get started! The lyrics just come naturally and whatever we’re feeling that day is what we write!

The most important thing to us is staying true to who we are. We don’t wanna write songs that we can’t relate to. And we want other people to be able to relate to our problems and what’s going on in our life.

I think when we were younger we used to be afraid of this. But now that we’ve gotten older and more mature were really comfortable talking about anything. We’re pretty much an open book nowadays!

There’s a lyric in a song I (Sydney) wrote a few months ago that goes “can’t fit into the clothes I wore when I wasn’t eating”, and while it’s a lyric we didn’t end up using , it was a lyric that helped me get out some emotion from a dark place I was in last year.

“Holy Hell” was inspired by a late night session and a whole lot of frustration towards our work situation. We weren’t happy and we were trying our best to hide it. That night is when we were at holy hell and we didn’t even realize what it was about until we heard it the next day.

Are you working on the release of new songs? Maybe a new EP?

Yes! We have so many songs lined up for you guys to hear. We’re so excited we can’t wait. First we were planning on doing any P but now I think it’s turning into an album!

To be honest. We used to go along with anything and everything so that we could please our label and whoever we were in a session with. To be afraid to speak up if we did or didn’t like something. But now we’re super vocal about what we want to create.

We plan on playing more shows and releasing more music! It’s on and upwards from here!