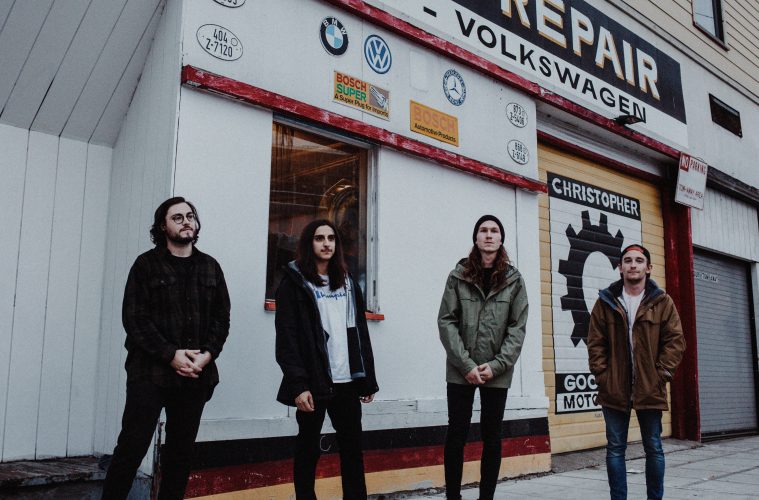 rockyourlyricsMay 22, 20180 views
News0 views 03 min read
Illinois based rock band Homesafe has released a new single today called “Run” via a music video. The track is found on the band’s anticipated, debut album, One, which will be released on June 29th from Pure Noise Records. The record is now available for pre-order at http://smarturl.it/homesafe.
Commenting on the new single and video, Homesafe vocalist and bassist for celebrated pop-punk band Knuckle Puck, Ryan Rumchaks says, “”Run” is a song about overcoming self-doubt – wanting to run away from problems life can throw at you. “Do you ever feel like you’re the one who never takes the jump but always takes the fall?” is the line of the song that pretty much sums it all up. The video for Run shows the walls closing in on the band and us pushing against them, all while someone tries to reach us before it’s too late. It was a really good time to shoot!”
The band’s latest single, “Run,” follows the band’s recent release of their song “Vanilla-Scented Laser Beams.”
Homesafe hails from the suburbs of Chicago, featuring members Ryan Rumchaks, Tyler Albertson, Emanuel Duran, and Joe Colesby. The band has self-released a string of music independently over the years, including their latest, riveting EP, Evermore, as they have developed and toured to a homegrown audience. Homesafe recently signed to Pure Noise Records and will release their debut full-length album in 2018.
Homesafe will be on tour this summer with support from Hot Mulligan, Heart Attack Man and Jetty Bones. Tickets are on sale now.