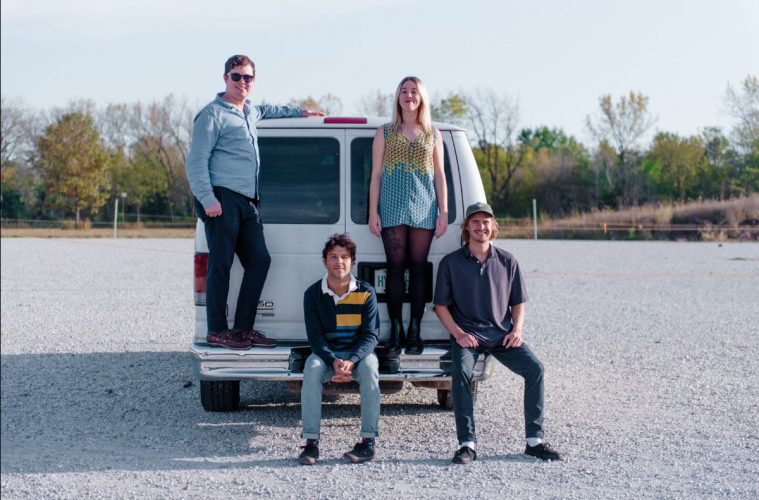 Usually, I’ll just write down everything thats on my mind; get it all down on paper first. Later, when I’m absentmindedly strumming some chords on a guitar, I’ll look back at my notes and pick out a few of my favorite lines. By then I’ll usually have a pretty good idea of what the chord progression and melody are, its just a matter of fleshing out the original idea. Sometimes things fall into place right away and sometimes they take a little more work, but when a song comes together its one of the best feelings in the world.

A sense of melody and syntax. At the end of the day you could spend hours trying to fit a pretty lyric into a song that doesn’t have room for it, but you’d be better off letting the mood of the song inform the lyrics.

Pretty much all the time, that’s why I try not to let other people get in my head while I’m writing. The hardest part is showing your idea to someone else, I still get nervous every time. Once you’re over that hump it gets easier.

“I just want volcanoes to erupt, and thaw me out.”

What inspired “Around Your Sun”, your latest single and part of your upcoming EP “Hourly Haunts”?

I was listening to a lot of Daddy’s Highway by The Bats, and wanted to write a song that was super fast and easy to play. I came up with the melody on a Casio keyboard and layered some repetitive guitar loops on top of everything. The song is about knowing that a relationship is over and finding the courage to leave. The last lyric “You can say that you love me, but you’d love anyone who’s orbit fell around your sun” was the starting point and I worked it out from there.

Do you remember the day you wrote “Floating Vibes”?

I do. I was in college at the time and had just walked back from class. I had come up with the guitar riff a few days prior but hadn’t really thought about what the lyrics were going to be. I jotted some ideas down on a legal pad and it came together pretty fast. I was living in an old apartment complex in Boca Raton, FL, I wasn’t sure if the lyrics were finished but I knew I had about an hour before the neighbors would be home. I set up a microphone in the living room and recorded a few takes, they ended up sticking and what was supposed to be a demo eventually became the track on Astro Coast.

Not especially, maybe getting older and realizing that your priorities are different from what they used to be. A few songs about loss, a few songs written from other people’s perspectives. If I had to pick a theme it would be learning from other people who come into and out of your life and the lessons you take away.

We haven’t worked with a producer in years, I’m proud to say that the band has been self-producing this whole time with the exception of Pythons. We’ve all learned a lot about songwriting and recording along the way, and have been lucky enough to have many of our songs mixed by the amazing Rob Schnapf. I guess one thing I learned from him was that less is more, there’s always the temptation to put more and more layers on a track, but sometimes the best thing you can do is pull back and give a song some space.

We have a tour booked for the release of Hourly Haunts later this month, for the rest of the year we have a few more dates including one at Riot Fest in Chicago! I’m thinking 2020 will be a big year for Surfer Blood, lots more music and touring to come.