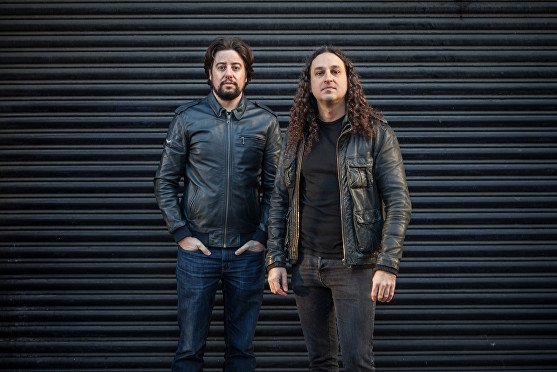 How to Make a Giant – Interview with Breno Val – Lost Gravity

Let’s talk about your new album “How to Make a Giant” which has been released recently. Is there a link or something that connects all the lyrics of the album?

Not really. Every song was written separately in different periods so each song talks about a different subject. However, a few of those lyrics brings up a theme in common which is light/darkness. That wasn’t planned, it just happened.

Not at all. I usually write lyrics that picture a situation or period of my life. So, there’s a lot of personal experiences in there. Sometimes it’s in the form of a direct lyric. Sometimes not so much. If you listen to Broken Bones on the new album for example, it was written because a couple of years ago I broke two bones in my foot. Okay, the lyrics are not literally about bones, but they are personal.

LOST GRAVITY is an independent band. Everything we do is done our way in our own terms and timing. Since Giuliano Kolling (drummer) joined the band in 2012 we have released two full albums: Lost Gravity (2014) and How to Make a Giant (2018). We’ve been approached by a couple of labels but we’ve decided to stay independent and release everything on my own label, Priston Records. The advantage is that no one else gets involved with our music and we don’t have to compromise our freedom. Everything we write and record is exactly the way we want it.

I grew up listening to AC/DC and Iron Maiden. My first tape had Powerage recorded on one side and The Number of The Beast on the other.

There are so many songs with great lyrics. One of my favourites is It’s a Long Way to the Top (If You Wanna Rock’n’roll) by AC/DC.

What inspired “Under the Sun”?

That song was inspired by the book of Ecclesiastes from the Bible. One day I was reading it and I thought “wow, this would make a great song!”. The content of that book is very dense and it talks about many different subjects! On our song we just focused on the idea that there’s nothing new under the sun.

Do you remember the day you wrote “Shine”?

Yes, I do. I came up with the main riff in the studio one day while we were rehearsing. It just happened! I recorded it on my phone and a few days later I wrote the rest of the song around that riff.

The lyrics were written after the music and vocal melodies were already in place. And those lyrics are very personal. The verses are quite open to interpretation, but it is actually a real story. Only Giuliano and I know what they are about.

The lyrics in the middle part of the song are more direct and I think a lot of listeners can relate to them. It’s about those people who know nothing about your life and they think everything comes easy to you. They only see the good things happening to you. They don’t see the struggles that you had to go through to be where you are now.

What inspired “No Way Out”?

No Way Out is one of the first LOST GRAVITY I ever wrote. This track was around even before we recorded our debut album in 2014. The lyrics are about being trapped in your own mind. I think everyone is trapped inside their own minds, aren’t they? And there’s no way out.

What is the best show you played?

That’s a hard question because we’ve played so many great shows that I can’t mention only one! Personally, one of the best shows to me was at the Barfly in London in October 2015. That was the gig I played with a broken foot. It was painful but it was an amazing gig! The crowd was fantastic and I’ll never forget that night!

Another top shows that we played were when we released both of our albums. The debut album launch show at The Underworld back in 2014 and the How to Make a Giant launch show at the Black Heart in 2018. Both gigs were awesome! Album launch shows are very unique! The vibe is different. I think that the excitement of having an album being released and playing new songs for the first time is what make those gigs so special.

We are in May 2018 and it’s been a very busy year for LOST GRAVITY so far. In fact, it’s been our busiest year ever! We have released our second album How to Make a Giant, we have played at our favourite rock venues in London, we have toured Poland and Czech Republic and at the end of this month we are touring Ukraine for the first time. We have also released two music videos: Through Your Eyes and Under the Sun.

After the Ukrainian tour, we plan to release another music video, possibly in June or July, and keep promoting the new album playing live as much as we can. Hopefully we’ll get to play in some countries that we’ve never played before. Stay tuned! Visit our website www.lostgravity.com and sign up to get our news on email. Cheers.