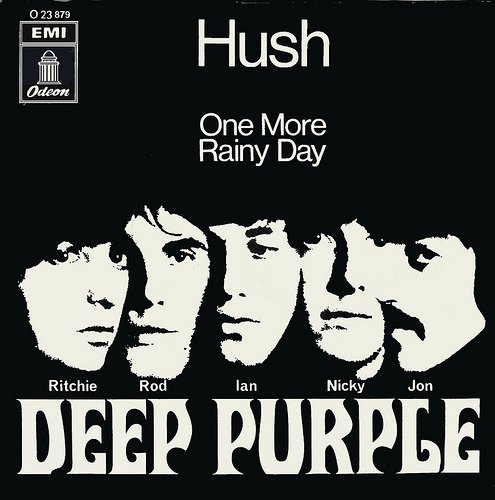 In 1968 the british band Deep Purple has just been created and will release one of their most famous song : Hush.

But the song was not composed by them!! It has just been released one year earlier by the  singer Billy Joe Royal without achieving a great success (it reached number 60 in the charts).

It has been included in the first album of the band “Shades of Deep Purple” and reached the top 5 in several countries!

This because the cover of Deep Purple has a “stronger” rhythm (look at the intro of guitar!) that makes the song more appealing to the hears of the listener…less gospel…MORE ROCK!

Do you know what HUSH means? It means “silence”….. the song has been written imagining a conversation between two friends about a woman that is making one of the two falling in love

HUSH! She is calling his name! and the conversation stops….

The  song will be released also as a cover by many bands, today we would like you to listen to the Kula Shaker’s one…