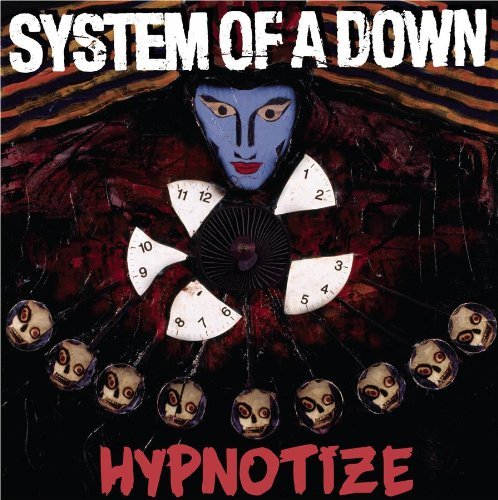 Have you seen the System of a Down recently in tour? The american/armenian alternative/heavy metal band formed in 1994 in Southern California is having a quite intense agenda……for more news have a look on their website : http://systemofadown.com/#tour .

Their name comes from a poem of their guitarist (and vocals) Daron Malakian that titled it “Victims of a Down”…..the band selected to change it in to System of a down because it was more appealing.

Other members are their lead singer , keyboardist and guitarist Serj Tankian, the bass player Shavo Odadjian and the drummer John Dolmayan.

Their success came initially from the clubs on the Sunset Strip of Los Angeles, Whiskey a Go Go, Roxy, Rainbow, Troubadour, Viper Room…. the band started to play gigs till finally they were proposed for a record deal by American , the same of ZZ Top.

19 years of System of Down a lot of live shows but not so many studio albums……only five as of now, the last one dated 2005 and titled “Hypnotize”.

Their lyrics are often related to politics, the difficult situation in Armenia, drug abuse and copulation….(sex!).

Hypnotize is also a title of one of their song of major success, it talks about politics, the Tiananmen square protest and the negative power of propaganda on masses.

Strange enough, he says during the song, these lyrics have been wrote while he was waiting his girlfriend in his car….

This might represent the contraposition between the every day life and the one that media would like us to live…..