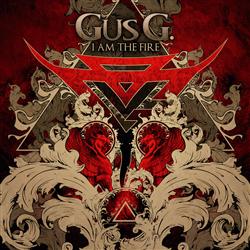 I AM THE FIRE – Interview with GUS G.

Right after the release of his latest album, Gus G (http://www.gusgofficial.com) answered to all our questions regarding his guitars, lyrics and recent collaborations.

RYL: ‘I Am The Fire’ was just released a few days ago…Tell us, what is going on in your mind. Are you excited? Which are your next moves?

GUS: Yes, I’m very excited about the release of the album, it’s getting great feedback all over the world which is something I didn’t expect. So, I’m very pleased. My next move is to go out there and tour to promote it.

I start in Europe on a co-headline tour w/ Marty Friedman called GUITAR UNIVERSE 2014 this May.

RYL: This is an album that sees a lot of great contributors. What about its lyrics? Did you write them? What inspired most of the songs?

GUS: The lyrics were mainly written by the co-writers. I wrote most lyrics on the song “Redemption”, but the guest singers usually came up with the lyrics.

Sometimes I had song titles or ideas I’d throw at them, but they completed it. I did the music. Regarding inspiration, I guess it was just a period I was going through and I came up with all these different types of songs. I explored my more hard rock side on my songwriting, I’m glad I did that.

RYL: In your career, you have worked with many important artists. Who gave you the best suggestion?

GUS: I’ve worked with many great songwriters. I learned from each one of them and took different things from them. So I can’t just pick one out.

RYL: “My Will Be Done” is the first single from the album. What is the meaning of this song?

GUS: It’s about standing on your own, being independent and believing in yourself. I like the meaning of the song.

RYL: We love the song “Redemption”– a great start of guitar. It gave us quite a lot of energy. What inspired it? 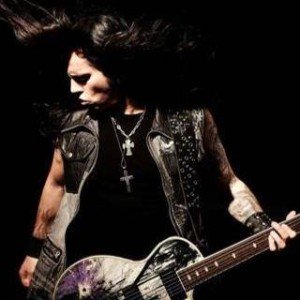 GUS: I guess Led Zeppelin haha! That intro is very Jimmy Page-inspired. The song is a simple rocker, but has a great groove. Most times, the most simple songs are the ones that get you moving. Lyrically, that song is dedicated to the envious people.

RYL: Since you have so many guests on the album, how will you tour? Who is going to support you on the stage?

GUS: Mats Leven is going to be the main singer on my tours. The backing band will change, depending on the situation and the tour.

RYL: What is the best guitar that you have ever played? Do you own it?

GUS: I’m fortunate to have created my own models thru ESP Guitars. I’ve had them for about 8 years and those are the best guitars for me, as they’re custom made to my needs.