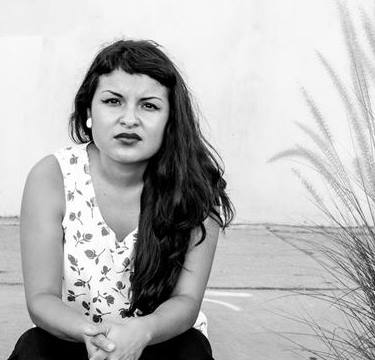 I LOVE YOU MADLY – interview with IRENE DIAZ

RYL: Tell us about “Crazy Love”….What inspired its lyrics?

Irene Diaz: My partner Carolyn Cardoza inspired the lyrics. It describes the love I have for her.

Irene Diaz: Love is the overall theme, but the first 2 songs describe a love that goes beyond words, that is fully within reach and is deeply expressed, the second half describes a love that is misunderstood and somewhat lost.

RYL:  Do you remember how the lyrics of “I love you madly”, last single released from the album, have been written?

Irene Diaz: At the time I wanted to write a love song and my mom was getting remarried so I decided to ask her about her relationship, she described it and told me stories and it inspired me to write the song.

Irene Diaz: I usually start off by playing guitar or piano, I try to come up with a melody and from there lyrics will build. It’s somewhat of a subconscious process. I believe that songs have a life of their own and I’m here trying to figure out what it is that they want to say.

RYL: Tell us everything about “My sweetest sin”…

Irene Diaz: My Sweetest Sin… A personal song. A time in my life when every time I happened upon finding someone interesting, they would already have somebody in their world.

RYL: we give you one dollar to spend in music, which song would you buy? And… which one you would never buy?

Irene Diaz: I would buy George Ezra’s song Budapest. Not only do I love this song, but it helps me creatively.

A song I would never buy? A song off of U2’s new album Songs of Innocence because they automatically added it to my iTunes collection.

RYL:  How Los Angeles is influencing your music?

Irene Diaz: I’ve spent some time watching old film noir movies that were set in Los Angeles and I’ve used that as inspiration for posters/artwork and videos…. and my song titles!

Irene Diaz: ‘Hate Is Such a Strong Word’

Irene Diaz: I’m looking forward to going back to San Francisco and there are a couple of shows in early December. Hopefully we’ll have tour dates for the beginning of 2015! Stay tuned 😉