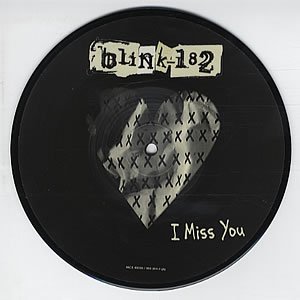 “I miss you” has been writen in a special moment for the band, a moment of change.

Do you remember the band running naked in the street of Los Angeles? That happened in the year 2000, three years before the release of their fifth studio album titled “Blink 182” an album were lyrics are more dark, hard and committed.

Maybe this change happened because they became fathers all before the release of the album, so they started to see the life from different “corners” than before.

“I Miss You” was released as second single (in 2004) and reached top ten position in UK and USA.

The song takes inspiration from “ The Love Cats”, famous success of the Cure and the novel “nightmare before Christmas”.

The protagonist wants his woman back, she will save him, he is haunted by memories and darkness that don’t allow him to call or to speak with her….it is like he is hold by these misterious forces(In the video appears a haunted house) .

He is missing her……….for his redemption…..