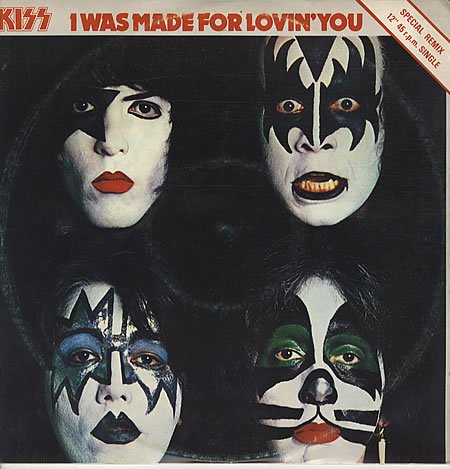 I was made for loving you

Paul Stanley – STARCHILD (singer) , Gene Simmons – THE DEMON (guitar), Eric Singer – CATMAN (drummer) and Tommy Thayer (guitar) are the current member of the band even if we don’t want to forget Ace Frehley – SPACEMAN(guitarist) that left the band in 2002.

The band’s name was always source of controversy because of the way it has been written (with the double S that are really similar to the nazi military corp SS that was protagonist of terrible acts during WW2), the band anyway always denied any relationship between these and their logo.

It is pretty difficult to understand completely the philosophy behind the KISS; the way they are dressed, the way they act on stage and the crazy make up that, even today, after 40 years from the date (1978) the band has been created , is always amazing.

But KISS were able also to use the merchandising revenues at their best…….. the question should be : what the band didn’t personalize? Recently we saw in germany even the toilet paper branded KISS!

Last album is dated 2012 and carries the name of: “Monster”………. The first single released was “Hell or Halleluia”……..amazing guitar riff!!

1979 is the year of the release of the album “Dynasty and the first single “I WAS MADE FOR LOVING YOU BABY” written togheter with Desmond Child one of the major songwriter of the history of rock n roll.

This song wanted to be the first step of KISS in to the disco music that was exploding during those years (Rolling Stones and Blondie, did it as well).