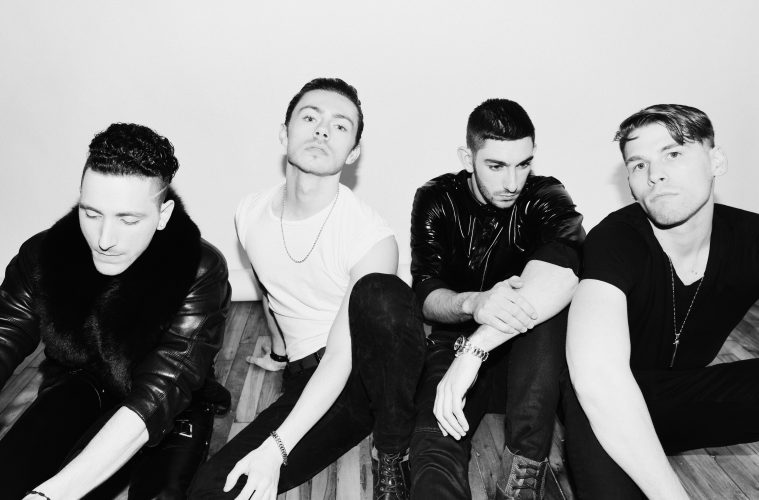 rockyourlyricsSeptember 28, 20180 views
Rock Interviews0 views 08 min read
How do you usually write the lyrics of your songs?
Though there’s a different process per song, song lyrics aren’t typically where we begin.
The process usually starts with an instrumental inspired by a moment or an emotion; sometimes the instrumental is birthed from sheer experimentation, but nevertheless, it begins with the musicality.
We’ll then get a feel for the song in both rhythm and emotion and begin adlibbing melodies atop the instrumental.
More times than not, a rather instinctual and immediate adlib will inspire a verse or chorus melody.
Then, upon chiseling that melody into a more comfortable place, we choose words that fit within the vowels, consonants, and syllables of the melody.
Though, from start to finish, there’s generally intention behind all our decisions; every step of the process is propelled by one overarching emotion or moment.
In your opinion, what is the most important thing in songwriting?
It’s difficult to pinpoint one thing that’s superior in songwriting, especially as we’re a band and what we create is a collaborative effort.
The four of us approach a song with our own strengths and weaknesses, and so each part becomes “most important” at moments during the process.
And it’s this system of checks and balances that separates our music from the rest; we all bring a separate set of experiences and inspirations, whether personal or musical, that coalesce in the unique hybrid that is our niche sound.
Our band name “Pros & iCons” speaks to an inherent duality, and it’s this balance of things, this friction of polar ideas and genres rubbing together, that offer the Pros & iCons’ sound.
Are you ever scared of revealing aspects of your personal life/experience to strangers through your music?
In the new age of artistry, where people are more commonly building their careers independently, authenticity is the name of the game. It’s important for us to remain authentic through our music, videos, and personality.
Of course, there’s always with fear of judgement with being human. People are ruthless, and when you expose a truer version of our yourself and people reject it, it could be a scary thing.
Being fearless is a farce; we brave the storm in spite of our fears because our goals are big and daring. And we’re from New York, so we’ve developed tough skin and a go-ahead that places those people and judgements in our peripherals.

Our song “Catch Me” is an ode to the artists and believers of the world, and, in some sense, a love letter to ourselves.

Whenever we feel a tinge of defeat, we listen to the song in both its lyrics and musicality, and become instantly inspired to keep fighting for our dreams.

Though simple, the punchline to the chorus, “You can catch me if you can,” has become this battle cry for us. And though we’ve maybe written things more poetically profound, it’s hard to target something we’ve written that speaks to our journey and our tenacity so well.

“Break Free” is actually a cover of Ariana Grande’s song featuring Zedd—two powerhouses in the industry we admire. We released the track on all streaming sites as part of our “Throwback Thursday” cover series. We launched a handful of songs we had covered throughout our history on all streaming platforms as they hadn’t been public aside from older YouTube videos.

We reimagined “Break Free” acoustically in a more emotive tone to compliment the lyrics of the track.

And “About Me”?
We try our best to filter the world around us and redirect that energy into powerful and inspirational 1980’s-inspired anthems.

Sometimes we venture off that course and extract something raw and guttural. “About Me” speaks to the dark and emotional side of Pros & iCons, a place we haven’t ventured too much in our released record, but a place that will surely make it onto our next record.

Ultimately, the song captures the moment of betrayal when your hearts is ripped from your chest and stomped on.

We pulled from a lot of autobiographical moments, but we always consider a sense of vagueness so the listener can connect more organically to the lyrics.

Do you remember the day you wrote “Wild Hearts”?

We actually wrote “Wild Hearts” on Lenny J’s bday! We traveled to Los Angeles and met Gordan “Gordini” Sran at Warner/Chappell Music. We were inspired by what Gordini had presented to us, and we wanted to capture the youthful anarchy and freedom we felt in the music. “Wild Hearts” became our first big single off our album iConic.

This summer you toured with the Vans Warped Tour, what is your best memory of it?
We’d been attendees and fans of the festival since we fell in love with music, so being a part of it was a dream come true.

There was nothing like hitting that stage and performing for so many like-minded lovers of music.

A lot of our tracks speak to the outcasts of the world—the ones who feel a bit left-of-center—and so having so many misfits celebrate what they love and do so with us was remarkable.

What did the tour mean, in your opinion, for the development of a particular style of music in the US?

Warped Tour served as a community for outcasts; the music was a byproduct of the motley populous, which mirrored angsty and “on edge” energy. Over two decades old, the Warped Tour music scene has shifted sonically through time yet maintains an emotive enigma that is omnipresent in all its subgenres.

On this final year, we noticed that many were steadfast with alternative pop. Our twist of braggadocios swagger fused with “dark pop” allowed us to take the spotlight and ultimately gain the spectators attention.

What are your plans for the last months of 2018?
We have something dope dropping for our fans on October 1st, and after, we have yet-to-be announced content.

We’re stoked to close out 2018 in such a powerful way.