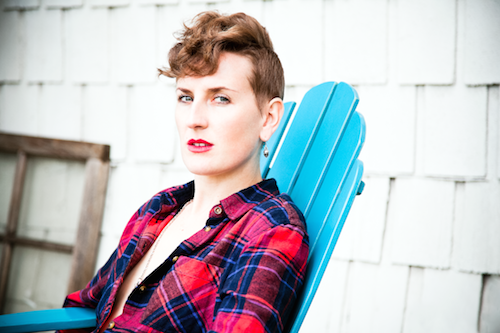 RYL: Since the release of “Idyllwild” how do you feel? How was the reaction of your fans?

MIA DYSON: The reaction has been really encouraging, with lots of people letting me know the songs were connecting with them, which is really what i’m trying to do when i write. to connect.

I feel great at the moment, about to tour australia with the Idyllwild songs for the first time and still loving playing these songs

MIA DYSON: There’s a couple of threads – a lot about growing up and thinking about older age, contemplating death, but there’s also songs that aren’t related to each other. I didn’t write with a particular theme in mind, just whatever was really turning me on at the time.

RYL:  We love “Crazy Horse”, what inspired it?

MIA DYSON: The stories and images of the American West have always inspired me. I read a book called The Sisters Brothers by Patrick deWitt, set in the gold rush, wild west era of America.

The lead character has a horse who is his companion and quasi-saviour. Then just after i finished it this song, based on the book popped out

MIA DYSON: with great difficulty sometimes, coming back day after day to try to find that right way to say something, and other times they come to me fully formed like i’m just receiving them from somewhere else.

I’ve written mostly from my own experience but occasionally i write other people’s stories or base a song on a poem or book.

I been trying to enjoy all the fruits of my labour

I’ve been crying for you boy, but truth is my saviour

Baby sweet baby if it’s all the same

Take the glory any day over the fame

Lucinda Williams – Fruits of my labour

RYL: And the one you wrote?

You could have told me anything

I wanted to believe

RYL: What does “Growing Up” mean for you when you sing its lyrics?

MIA DYSON:Growing up means for me accepting that most of us come from some fundamentally tangled up, strange beginning and as we grow up we can try to let that go, to see control as an illusion and surrender.

RYL: Let’s go back to the album “The Moment”… the song “To Fight is To Lose” is the fan’s favorite (according to Itunes chart), why in your opinion?

MIA DYSON: I think because it got a lot of exposure with a placement on the TV show Bones!

RYL:  You are currently on tour, which is your favorite song to play live?

MIA DYSON: Probably Idyllwild or She Can’t take the world – they both have this frenetic energy live that is new and exciting for me

RYL: Last question: tell us everything about “Any 3 chords”…

MIA DYSON: ha! well that one is the song about song writing, about playing in a band and wanting so much to have those transcendent moments either on stage or with writing a song, where the world disappears and there’s just the moment.

I love singing that one and lots of songwriters have really connected with it.