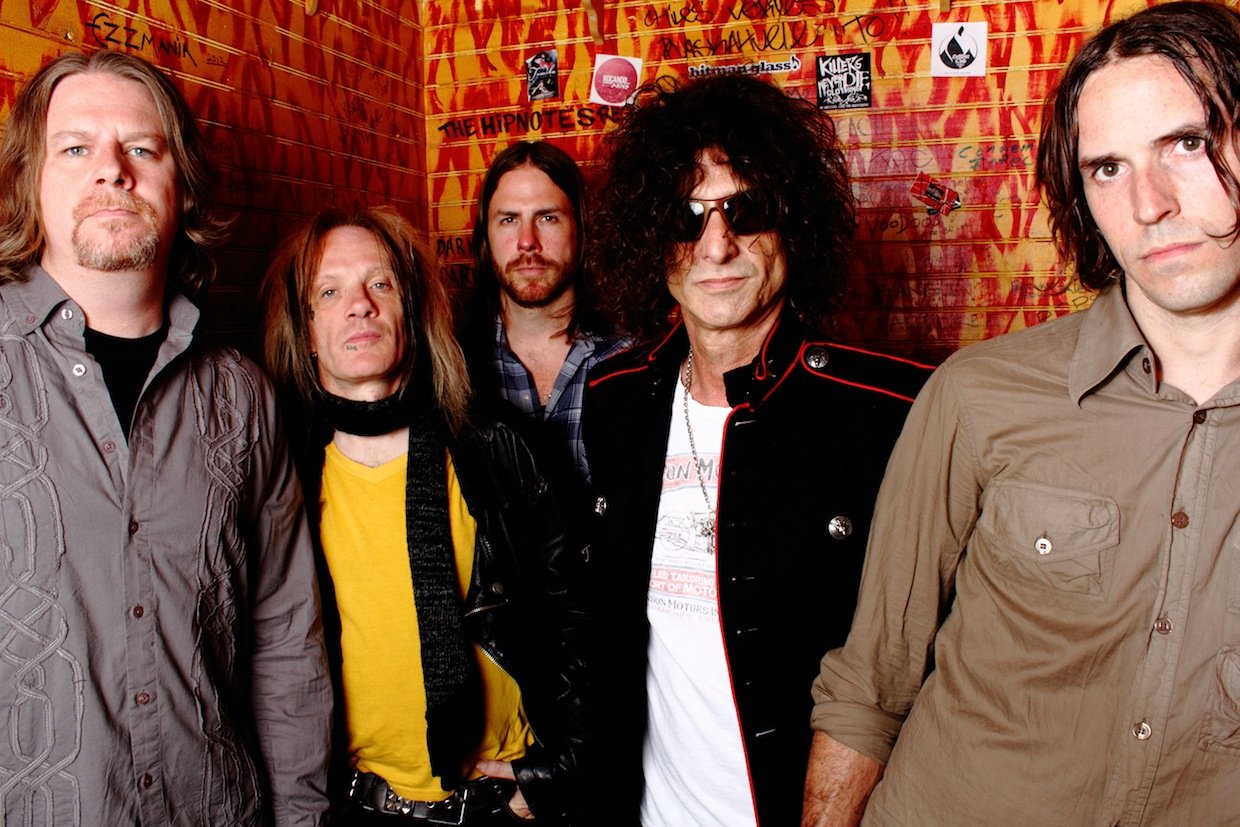 If you believe, everything is possible. Interview with Venrez

After the success of the album “Sell The Lie”, the Los Angeles based rock band, Venrez, has come back with another masterpiece, “American Illusion”, that will be officially released July30th , and is now available by pre-order through the band’s website www.venreztheband.com

We had the opportunity to speak with Ven, the lead singer and lyricist for the band. He told us a few interesting stories about the new album, his passion for the music and the band’s future projects.

V: Two years ago we recorded our album “Sell The Lie” live; Jason (Womack, guitar and backing vocals) produced the record. We recorded it working noon to midnight, twelve hour lock out sessions. It was truly an exhaustive process.  The band recorded the music in 3 days and I sang all the vocals over the next 10 days. We had the fortune of obtaining our own recording gear, early last year, and were able to record the new album “American Illusion” at my house.  We got that same live sound as we did with “Sell The Lie”, but we recorded “American Illusion” over a few months and in a much more positive and relaxed atmosphere.

RYL: We do agree, your sound is so unique and you have a great energy, especially live, on stage….

V: Yes, you know, we do have a unique sound; even if they often compare it to that of Audioslave or Alice In Chains … some say that my lower tone vocal is similar to that of Chris Cornell, Layne Staley, and Jim Morrison.

I believe it’s the two part harmonies, between Jason and I, which gets us the Alice In Chains comparison.  But I don’t think we sound like them musically. Our sound is different and the fans recognize that.

RYL: We saw it and it is great! This means a lot of more responsibility for you and the band…

Part of the success of this is due to the fact we have something to say, we remain ourselves without compromise of the music and lyrics.

We are here to tell our stories, experiences and deliver messages, as I did in the song “Sell The Lie” on the previous album, a clear shot at governments trading blood for oil profits.  Although the song may pertain to many subjects of selling lies, I wrote the song about corporate greed and the senseless killing involved with it.

The pre-sales of the album are going quite well and we are extremely happy about it.

V: It’s extremely difficult; first of all, no new rock band in the last fifteen years is on USA radio. They will literally go to Starbucks and spend $6.00 on a cup of coffee but will not spend .99c on a download from I Tunes.

RYL: you are damn right! It is just crazy..

V: Yes, it is so difficult for a band to survive and to reach a large audience. I think youtube.com is the new radio as USA commercial radio only wants to play hits, not help make hits, and we must have extremely cool merchandise for the fans to buy when we are on tour and from our web site.

V: Let’s say that Europe is not controlled like USA…. Right here the music industry works like a pipeline that makes a lot of money and for sure they are not going to disturb it, nor the limited play lists on the radio stations.

RYL: Let’s talk about your new single, “Unforeseen”; we loved the verse “Won’t play by your rules, got better things to do”…it’s a true lifestyle!

V: It is the band’s favorite song to play live from the new album. Lyrically, I think it lends itself to many interpretations; when I wrote it I was thinking a late teens or early twenties guy driving his car down the road with his Red Bull and vodka in his hand, looking for action for the night …”Unforeseen” is actually an anti-drug song, you know….  It’s about having a good life or opportunity to have a good life and falling into the pitfalls that drugs and alcohol delivers.  How it brings people to their knees.

RYL: Let’s talk about your tour, when are your fans are going to see you this summer?

V: Well, the plan changed recently and it also had an impact on the release date of the album, which was to release July 2nd and now will release on July 30th.

We were supposed to be on tour all of July with Steven Adler (former drummer of Guns and Roses), but he had some personal problems and his tour was cancelled for the summer. Steven is an amazing person and we wish him the best!

Our fabulous manager Bob Chiappardi was able to arrange for us to open for Slash (one of the best guitarist to ever play rock music), and his band for the last 3 shows of his current tour.

A very important gig will be returning to St. Louis on July 21st at the Pageant, where we opened for Alice Cooper in June of last year. We made a lot of fans there and cannot wait to return and it is the first show of the run. We are also very excited about the last show in Las Vegas on July 25th at the House of Blues. We have done 3 USA tours, but never west of the Mississippi River.  Also, I have always wanted to play in Las Vegas.  It’s a great town for entertainment with great fans.

RYL: Fantastic! Any surprise planned for that show?

V: We got a surprise planned for all the shows!! We’re gonna be running a few effects tracks from the album, which will give our fans a very accurate live show of the new album. We are not the Rolling Stones and some of the other more successful bands who carry multiple players and backing vocalists on the road with them.  So, we will be running some tracks for the first time on this tour.  It’s been sounding amazing in rehearsal and adds a clear new dimension to our live show.

RYL: Taking about the Rolling Stones, have you seen them live during their US tour?

V:  I didn’t see them during their recent tour here to Los Angeles where I live, but I have a story to tell you…. I was seventeen in 1972 and was sitting in the 12th row center at the Forum, and saw them live….which was the Exile on Main Street Tour!

It was fantastic, and the same tour they filmed for their DVD “Ladies and Gentleman: The Rolling Stones” which released few years ago.

Mick Taylor (amazing guitar sleek) was in the band back then and I believe I saw them when they were at the top of their game on all levels.

I want to keep those memories as that show inspired me to be a singer… On top of it, the prices of the tickets were so expensive; I wouldn’t do that to my fans…. Fans should be given the opportunity to see their favorite bands live without paying an arm and a leg for tickets.

RYL: Mick Jagger being able to tour in his 70’s is just unreal!  And the same goes for Charlie Watts and Keith Richards.

V: I can really understand what that means, because I tour as well! …being able to deliver every night for more than two hours on stage shows me just how beyond amazing Mick Jagger truly is!  And these guys have been doing it for 50 years!

These men must be from another planet!

RYL: Hahahah, true! And you? Do you see yourself touring at that age?

V: I am in great shape and take very good care of myself,so, yes…I do see myself touring into my 70’s.. I love to play the songs live on stage, and as long as its fun and I remain healthy, then without question I will continue to do it!

RYL: Last question; tell us about our favorite song from “American Illusion”: Sanctity.

V: “Sanctity” is the most commercial song on the album, we selected it to be the second single behind “Unforeseen”, and the song will release mid August, along with the music video for the track.

It’s about governments controlling people, and telling us how and what to think and feel.  I believe that people should control their governments not the other way around.

The video was produced by Christopher Coppola, the older brother of Nicolas Cage, and is in editing right now. We expect the video to be complete by the end of the Slash tour.

RYL: We can’t wait for its release, for the time being we wish you a great tour! See you soon!!