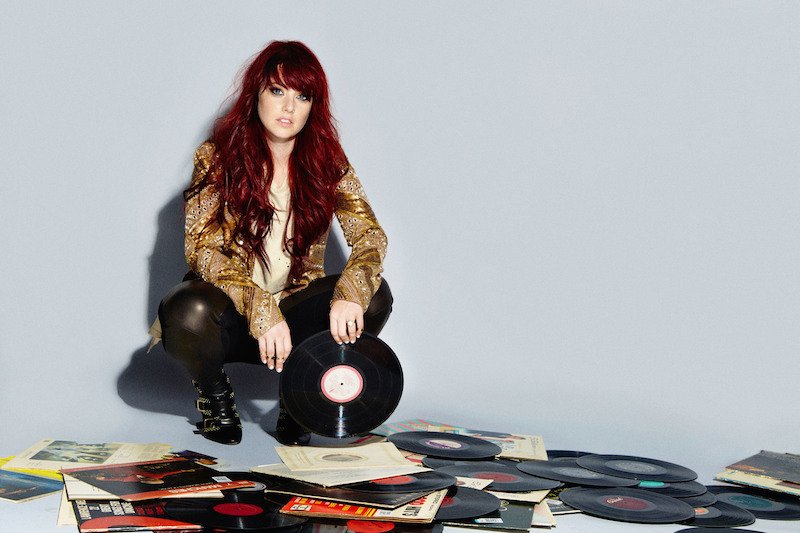 RYL: Let’s talk about your latest single “Caution Tape”; what inspired its lyrics?

STARLING GLOW: “Caution Tape” is actually the one song on the EP that I didn’t write- but man, I wish I had!

On first listen, I absolutely fell in love with the track. Anne Preven penned “Caution Tape,” and she’s responsible for hits from so many artist I admire- Beyoncé, Madonna, Katy Perry, Demi Lovato, and Miley Cyrus, just to name a few.

I think Anne beautifully captured the concept of expressing gratitude for that person in your life who never gives up on you.

RYL: Tell us more about your self-titled EP to be released in few days…..? (already released now! click on the ITunes link below!)

STARLING GLOW:  Haha as much as this is a cop out to say, I feel like I’m too closely tied to the EP to give an accurate description of it.

As my first release, I’ve combed through it, listened to every song at least a hundred times… I know what each of the tracks mean to me, but I’m really curious to hear how they impact others who are hearing them for the first time.

The tracks are all so diverse lyrically, I really think there’s something for everyone no matter what emotions they’re feeling at the moment.

STARLING GLOW:  I’ve done a lot of growing in the time we’ve been working on the EP- it’s been a season of learning to stand up for myself and empowering myself.

Before getting signed, I more or less let others convince me it was safer to have a day job (or three jobs in my case) and give up on music.

Having the opportunity to make this EP absolutely stoked my fire and I think that’s reflected in the lyrics.

RYL:  Do you remember the first verses you ever wrote?

STARLING GLOW: Of the four on the EP, “Ignite” was the earliest.

Before Starling Glow got started, I had been out of music for almost two years, and was miserable. Eventually, I broke down, and while I was at my lowest, one of my best friends asked me, “what would you do if you weren’t afraid?”

That thought motivated me to get back into the music industry, go out on as many auditions as I could, and landed me a record deal three months later.

With that conversation fresh in my mind, “Ignite” more or less wrote itself.

My favorite line is definitely in the second verse- “I used to settle, I was so brittle, tested by flame and now, I’m strong as steel, I won’t break.”

STARLING GLOW: Haha I wish I could say there was a method to my madness, but I’m all over the place- each song seems to more or less happen how it wants to!

I wrote “Ignite” at a coffee shop in a matter of minutes, “Infinite” came to me while I was driving (thank goodness for voice memos), and “Broken Record” was written on the spot while in the studio.

RYL: what does the lyrics of “We are infinite” mean to you?

STARLING GLOW:  My life took such a turnaround, from going months without a day off from work to living my dream as a recording artist.

I felt so inspired to seize the moment and make the best of every second of this opportunity, and that drive inspired “We are Infinite”.

RYL: How “Ignite” has been written?

STARLING GLOW: I remember sitting at a Starbucks outside of the studio (because for once in my life, I was early hah) and just reflecting on how I’d sacrificed my passion for music to try to “be normal” and “play it safe”.

I swore to myself that I’d never do that again, and felt like this was my chance to start over- in a matter of minutes, the lyrics to “Ignite” were in my notebook and I walked in the studio ready to track the vocals.

STARLING GLOW:  I think my favorite lyrics of the EP are from “Broken Record”.

The song is very tongue-in-cheek and sassy… Ha I’ve never written an angry love song before, and I figured if I was going to, I’d go all out haha.

I’d have to say that V1 and the pre chorus are some of my favorite lyrics on the EP. “Fool me once, shame on me, fool me twice, not happening, I’m not the girl you used to walk on anymore.

Tell me now, be a man, say you’re sorry if you can, another story, yeah I’ve heard it all before. A broken record shattered like my faith in you.

Hate to break it, you’re allergic to the truth”.

STARLING GLOW:  I’m really excited about the two most recent songs that will be on the full length. One is called “Bang,” and it’s a love song in the most unconventional sense…

While so many love songs explore the beauty of falling in love, the lyrics of “Bang” delve into the madness of it…

They’re some of my favorite lyrics I’ve ever written.

Another is called “Bleeding Heart”, and true to the season of empowerment I’ve been going through, the song is a pledge to myself to not let anyone make me “be another bleeding heart”.

RYL: where will you be on tour?

STARLING GLOW:  We’re currently working on getting on the road this summer, as soon as we have dates confirmed, they will be all over social media (@starlingglow) and on our website,