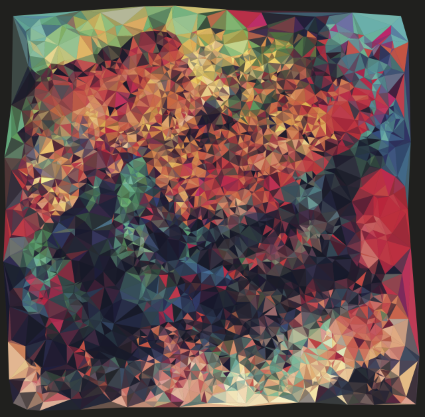 Daniel Hunter, singer of Analog Rebellion (http://analogrebellion.com) answered to our questions on the new album, new year’s resolutions and, of course, the meaning of the lyrics of some of their songs.

RYL: “Ill’e grande” ,an Italian phrase, as a title of the new album to be released on February’s 18th , why did you select it?

Analog Rebellion: Is it really Italian? (yes it is, in the south of italy means “He is Big” 🙂 RYL ).

The title was originally “ill grande,” but since “ill” capitalized looks so much like “lll,” I wanted to make it more distinct. Spanish is obviously part of our everyday lives in Texas, so some of my lyrics reference Spanish in some way.

RYL: An album that was prepared with the contribution of different musicians, can you tell us more about them?

Analog Rebellion: I met the musicians who played on my record (minus my drummer and best friend Cory Harvard) through my manager who attended BerkleE School of Music. They’re much more talented musicians than I am, so when they play parts that I write, they’re able to expand on them in ways of which I’m incapable.

RYL:  How do you write the lyrics of your songs? Is there a specific process?

Analog Rebellion: Almost all of my lyrics start out as nonsense words based more on rhythm and vowel sounds more than the actual lyrical content. After that I try to write lyrics that fit the song the same way my nonsense vocals do. That sometimes  (often) leads to awkward lyrics, but I like it better that way.

RYL: “I’m a Ghost” is one of our favorite songs, what is the meaning behind its lyrics?

Analog Rebellion: It’s a song about relationships that go sour, but not just romantic relationships. Friendships, whatever. The bodies in the trunk lyrics are about emotional baggage.

RYL: Which is your favorite verse among the songs you wrote?

Analog Rebellion: Probably the second verse in We’re Not Talking to Anymore Lawyers. I’m prone to writing really cynical lyrics, but Lawyers is an uplifting song, which is why it’s always stood out.

RYL: “Goblin King” is related to whom? The fantasy character or David Bowie that interpreted him in the movie Labyrinth?

Analog Rebellion: Lord of the Rings, actually. Goblin King is sort of a metaphor for addiction, mental illness, over medication, etc.

RYL:  What about the song “ATM” what inspired you?

Analog Rebellion: To go a full year without having to be in a mental institution.