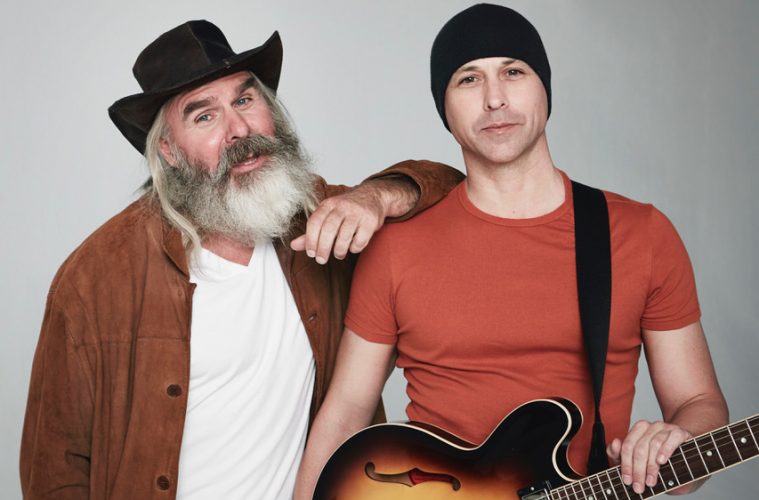 With joy! And that’s the truth. Every song is a labor of love and I sometimes wish that’s all I ever had to do. I often say that my dream is to “write ‘em and sing ‘em” and to get everyone else to do all the other stuff that’s involved in making and releasing a great song 🙂

How things work is that we always arrange the music first, in an acoustic instrumental version, and then layer the lyrics and melody on top of that.  The words come from the music – they are born from it.  My method is to live with the instrumental version for days on end, playing it over and over on headphones, and the lyrics come to me a snippet at a time.  The method is very unconscious and meditative.  As the words come together, I continue listening, singing along in my head, and the lyrics are under constant revision.  It is a time-intensive craft, and I never settle until I feel all the words are perfect.

Spirit and character.  Songwriting can be such a deep art, the interplay of sonic and musical value with verbal meaning.  Done right, song lyrics take us to places that are beyond words, within the deepest part of ourselves.  They resonate.  So it’s important to do a lot of listening, and waiting, at first, so that the words and melody that emerge can match the spirit and character that the music is providing.  Music is a whole language in itself.  When I listen intently for what “should” be there, I’m often surprised at the themes and ideas that get developed.  It’s a blast!

Never.  Fear of any kind doesn’t go well with being a rock artist.  So it’s best to banish fear, especially fears about being embarrassed, or ill-thought of by haters and others.  These fears are all just made-up anyway, illusions of a self-obsessed mind.  When I realize I’m not really important in the grand scheme of things, then it’s impossible to keep harboring those kind of social fears.  And then I’m free to write whatever is called for, wherever it may lead.

I have so many that I love!  And I’m finding new ones every day.  But one that stands out is the hook/chorus for our upcoming release “City of Angels” – it was actually one of the first songs I ever wrote and I was waiting days and days for an engaging chorus to come to me, listening over and over to the guitar riffs that were driving it. After several days I had tried and rejected various choruses – I didn’t even have a song title even though the verses were already there, inspired by Sunset Blvd three am drives.  Then one afternoon, out of nowhere, came “City of Angels/you bring out the devil in me/City of Angels, City of Angels”.  It just fit – simple, to the point, engaging, and it rocked.  I remember an amazing feeling of certainty the moment the lyric emerged.  I just knew it was “right”.  And it has stood the test of time.  We’re optimistic about the release.

A sunny spring day in San Diego! – we had already laid down the music, which was sunny and optimistic itself, with a reggae vibe.  That just flowed right into the lyrics, which insist that the purpose of life should be to enjoy the simple pleasures that are always within our grasp.  Don’t overthink it!

When I was first listening to our acoustic instrumental version, for some reason I started thinking about Carlos Casteneda, a late sixties cultural anthropologist and hippie icon.  I got very interested in the interplay of altered states and deeper wisdom and the truth about reality, and “High and Low” became a place where I could work through that in song lyrics.

Do you remember the day you wrote “Let’s Get Stoned”?

Absolutely!  Mark worked out the acoustic guitar version really fast, and just started playing it to me.  It had a cool reggae vibe, and during the choruses, I almost instantly sang out “Let’s get stoned like yesterday”, which we both thought was hilarious.  After Mark left, I retreated to my room and wrote the rest of the lyrics within about three hours of continuous work – because it was so fun!  The song has a lot of joke-i-ness to it, and I remember giggling throughout as I worked through it _ “Barney was a big great dane/he spoke to me, said I was insane/I said Barney boy, I know/but at least I don’t bite” – hehe

You will soon release a new album?

Right now, our management and distributor are advising us to release one single at a time, as our audience grows.  We have enough completed studio material right now to release three albums.  But industry dynamics make it so that songs can get “lost” easily in the deluge of daily releases.  So we’re going slow, giving each song it’s chance to reach a growing audience.  We’ll release full albums once our audience is bigger.

Mark, our guitarist, is our most important producer.  The best advice he gave me, as the principal writer, was, “hey, let me handle this” 😉
But that’s really the truth.  Each of us handles our end of things and we have great respect for what the other is bringing to the table.

We keep making music!  We’re driven by the passion to create. We’ve even got a full blown mixing session planned for Easter Sunday.  And we’ll be stepping up our release schedule too.  Hopefully a new single every few weeks.