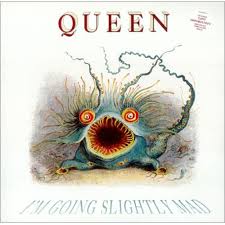 Part of the album Innuendo of 1991, “I’m Going Slightly Mad” is considered one of the messages Freddie Mercury left to us before his death.

The song has been written by the singer and Peter Straker (jamaican singer and actor), its video is the last one Freddie did.

The verses of the song are pretty clear, are talking about a person that is going mad and wants the world to know it, it is clear that things will not be as before.

Despite no official confirmation, many sources want this song to be related to the imminent death of the singer because of HIV.

The fact that he is going mad is related to the fact he is about to die and he couldn’t hide it anymore to the fans.

In the music video, Freddie is really skinny and different than in the previous ones; despite this he still shows a great energy.