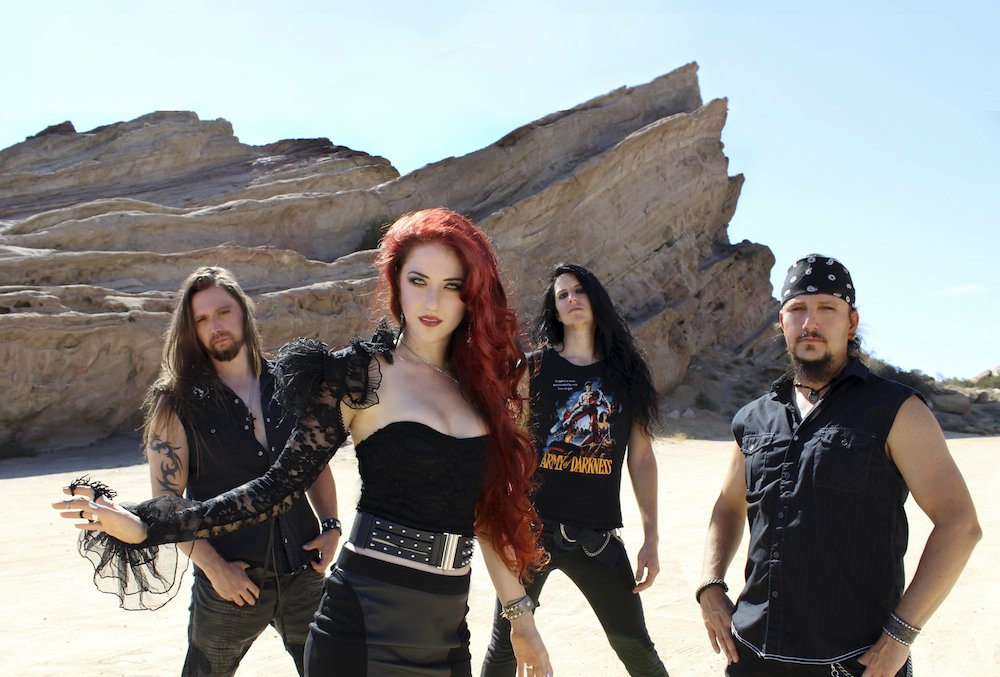 RYL: Your album “Immortal Waltz” will be released in few months, how do you feel about it? How do you expect the reaction of your fans will be?

Thank you for having us be a part of Rock Your Lyrics! The band is really looking forward to the release of ‘Immortal Waltz’. It has been a great journey writing and recording this one, and along the way we have had the good fortune to meet and work with some amazing people like Michael Wagener! The music reflects this journey.

Our song writing has matured a great deal as well, we collectively hope the WORLD will relate to our new sound with mass acceptance and be inspired to join our rock circus 🙂 It will be interesting to see how the current fans react- we feel that the new music is much more representative of who we are on an emotional level.

We put a lot of soul in here!  And I speak for all of us, Dave Bates, John Chominsky and Nick Ericson, we’ve had a great time recording this one and are very proud of the outcome! 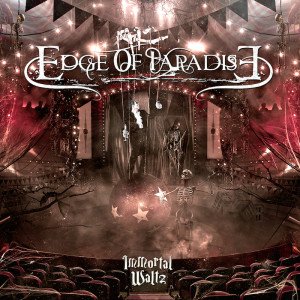 It’s hard to say, every song is very different and it’s a thrill to play each one, but I guess “In A Dream” and “Rise For The Fallen” would be the ones, there is a certain energy about those songs that’s exhilarating!

Every song touches a different subject, evokes different emotion, but there is a a link, I guess to break it down to a very basic explanation, you can say that each song says that there is a light at the end of the tunnel.

There is always sort of a ‘Let’s rise above it/Let’s overcome it’ feel behind the lyrics. There are also reoccurring issues, such as lust for power, greed, not giving up, facing your life, whatever it may have in store for you.

The songs are not literal, but there are also not written in riddles, I think everyone will be able to relate and if you listen really carefully to every song’s lyrics, you will know pretty much all about me 🙂

I usually start by making melodies first on the keyboard, and let the music bring out some kind of feeling that inspires an idea, every word has to have a lot of meaning to me, and the melody has to carry the emotion throughout the song, I love swings that are dynamic, that take you on an emotional journey that you come out of inspired.

So once an idea is established, I dig deep for the words that will tell the story. Once the first draft of the song is written, and demo vocals are laid down, the whole band listens and we all work on it until the song evolves into it’s final form.

The process might change and it’s a little different with each song.

RYL: Which was the most difficult thing you encountered making the album?

The hardest thing is finding people that share the vision. We were very lucky to have Michael Wagener produce and mix the album, Michael knew exactly where we wanted to take this. It’s very inspiring to work with him.

Our goal with this album was to to make the songs as great as they can be and have each song represent and define the sound of Edge Of Paradise, without sounding the same. And I think we accomplished that, each song is unique in it’s own way, but still sounds like us.

RYL: Tell us everything about the song “Rise for the fallen”

It’s a hard rocking, epically anthem like song! 🙂 Btw, you can read some of the lyrics including “Rise For The Fallen” here: http://www.edgeofparadiseband.com/immortal-waltz-lyrics.php

“We burn and gloat from our fortune, when there are those in torture…”

It starts with a broad view on the world, but also narrows in on an individual.

Greed is a poison that spreads through out our world and when you’re motivated by it, whether it’s desire for money, power… it’s hard to stop and appreciate what you have, and see what other people don’t have. The world is not fair and there is so much suffering out there, that we don’t realize.

Of course we can’t change the world and we’re not going to have world tomorrow, but the song calls for standing up for others that can’t do it for themselves, and honoring those that left our world.

And again, it doesn’t have to be on a grand scale, if in our daily lives we do something good everyday, something small for others, I think we would be creating a brighter future. And don’t give up on anything or anyone.

RYL: Do you remember the day you wrote “Break Away”?

EDGE OF PARADISE: Yes, “Break Away” was one of the songs that went through a few versions. It started off as a piano ballad, but something never felt right about it, until we made it heavier into more of an mid tempo hard rocking tune.

I still have the first version of the song, sounds completely different 🙂

RYL: Are you currently on tour? Planning a new one to support the album?

EDGE OF PARADISE: Yes, we have shows booked in Texas and Sacramento. We are planning to tour a lot in promotion of the record and are starting to work with some great people to help bring the band to as many places in the world as possible 🙂

Right now we are focused on finalizing the details regarding releas of ‘Immortal Waltz’. There has been a lot of interest in this CD, which is good; but putting all the pieces together in the right order is enough to give you a permanent headache! after the CD is officially released we hit the road to support it! 🙂

EDGE OF PARADISE: That’s a tough one to nail down! So many great songs!

Today I’ll go with this one though, by Motorhead from the songs “In The Year Of The Wolf”, something about it is striking and there is sadness in it, and I love wolves 🙂

When the world was cold,

It was the life I lived,

In the dark world below,

It was the wolf in me,

Crying and howling too,

I was crying for the hunt,

But I was hunting for you”

RYL: Tell us about “Thrown it all away” from the album Mask- what inspired it?

EDGE OF PARADISE: I’ll let Dave answer this one: “Thrown it all away” was based on the 5/4 intro melody. I wanted to make a heavy song that used a non-traditional modal idea.

The song is melodically based off of the Lydian dominant mode which is traditionally used more in jazz. Lydian dominant contains a major 3rd scale degree which has a tendency to lean more on the happy side; so brought the minor 3rd in for different parts of the song.

The song actually preceded the birth of Edge of Paradise but we decided to use it on “Mask.” This was also written with my friend and writing partner at the time Robin McAuley.