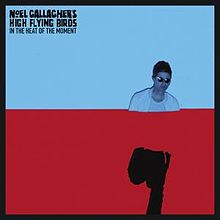 IN THE HEAT OF THE MOMENT – Noel Gallagher

This great success by Noel Gallagher, it is said to be “inspired by a documentary featuring an astronaut who likened going into space for the first time to ‘touching the face of God'”

Some other people just said that it is all about love for a woman that cannot be reached.

why they say that? because of these verses….

“In the Heat of the Moment” is a song by English rock band Noel Gallagher’s High Flying Birds. Written and produced by Noel, it was released as the first single from the band’s 2015 second album, Chasing Yesterday, on 17 November 2014.