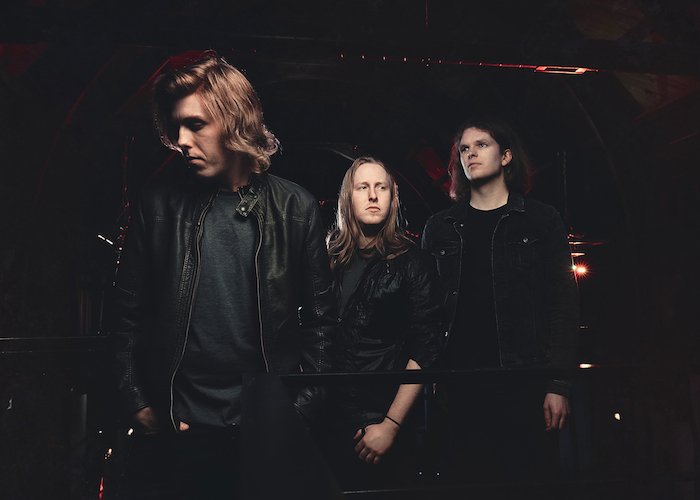 IN VAIN – interview with IMMENSION

RYL: Your last album will be released mid of June and titled “In Vain” –what it means for you lyrically speaking….?

Immension: The album title itself was chosen as it seemed like a strong title for the record.

The song is about facing ones mortality, which is something everyone has to do at some point in their lives. It is probably the most relatable song in terms of lyrics on the album and just seems to fit.

The lyrics as a whole are quite cathartic for me in a lot of ways and there are a lot of serious issues in there.

RYL: Tell us everything about the song “Love never dies”…

Immension: This is quite a personal one for me. It’s similar to ‘Shadow Of Yourself’ in terms of subject matter, it’s about losing a loved one.

Except this is a lot more specific and is about actual close family members instead of being vague. It is about a husband who watches his wife slowly fading, and then passing away.

But taking solace in his memories of their time together and having hope that they will be reunited again. It’s kind of a positive, hopeful outlook for the post death experience like ‘In Vain’ also has.

Immension: Not really. Most of the songs are quite personal, about issues or events I have been through or experienced. It is quite a dark album in a lot of ways, but is positive as well. I like to think that the subjects and themes I write about are very relatable for most people who hear it.

Immension: I have been playing guitar for around 8 years now, and it was a year or so after starting I began writing my own stuff. It wasn’t very good, but it was a start.

That has improved as time has gone on, leading to where we are now.

Immension: Lyrics and music are written separately. Music normally comes first. When I have finished the music for a song, I will then start to think about how the song makes me feel.

What emotions it evokes and then use this to decide what words to put to it.

For lyrics I like to write about things that mean something to me, whether it be personal stuff, or more outward looking which doesn’t just solely focus on myself.

Normally I will just write anything that comes to my head initially, maybe put some actual verses together, but it’s when I start putting it to the music it really takes shape.

RYL: Do you remember the day you wrote “Lost & Forgotten”?

Immension: I don’t actually remember the specific day because it was something that happened over a period of time.

Most of the songs on this album have been tweaked and adjusted over the last few years. But those particular lyrics are quite dark for me, I wasn’t in the best place when I wrote those.

But to be honest, it’s not something I have really dealt with and it is still very poignant for me. I would say writing about things I’m dealing with don’t really help eliminate it, but make it easier to cope with, almost gives me an outside perspective as it’s easy to get trapped in your own head and thats when things can spiral out of control.

Immension: The most important thing is playing it, making sure people are getting enjoyment out of our stuff. I want to be able to make people feel something, to relate to their own lives through our tracks.

The most memorable songs for people are ones that go beyond just the initial stage of enjoyment, but ones that actually maybe help give some meaning to a situation or apply to something that has happened in their life.

Immension: That’s a tough one. I like all of them! I think my favorite would either be one of the verses in ‘The Fantasy’ or maybe ‘The Enemy Within’.

The former is possibly my favorite overall actually. It’s one of the less personal ones on the album.

There were two tracks that didn’t make the album which we are saving for number 2, but they were written prior to that song. Love Never Dies was written in the few months just before the album sessions.

I have lots of material together for the next record, but there are no songs yet, just rough ideas what will be developed in due time.

RYL: which is the meaning behind “Shadow Of Yourself”?

Immension: It’s about seeing a loved one slowly fade away and becoming less and less of the person they used to be as time goes on.

The work I currently do outside the band involves working in an environment with people who have memory issues. This has in turn influenced the writing on this song.

This actually is a wider interpretation of the subject Love Never Dies is about.

Immension: Yes! We have some sporadic shows over the summer at the moment. But plan to fill it up.

However we have some cool stuff planned for the rest of the year hopefully, it’s a work in progress! But our plan is to tour extensively to promote the release. So expect us to be hitting a city near you soon!