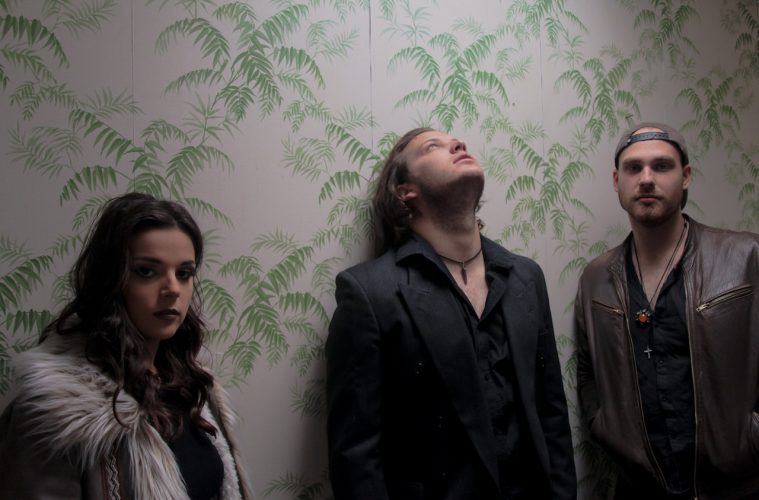 I feel as though I write lyrics ‘organically’- by that I mean I don’t like forcing it out of me. In saying that, it can help occasionally if I experience writers block or if I’m lacking inspiration. However, normally when I begin to write a song, I’ll begin with some basic chords and then I’ll produce a melody. When I sing the melody, I create different vowel shapes and sounds, and then all of a sudden, the vowels will turn into random words. I also like to understand the ‘vibe’ of the song, so I have an idea of what type of song it will be for example if it’ll be an angry “f*** you” song like Inhibition, or if it’ll be a love song etc

This is a very interesting question because there are so many aspects that are integral in the involvement of the writing process. I honestly believe the melody and rhythm need to be strong. You can write really beautiful lyrics and have incredible instrumentation, however, if there isn’t a strong melody that is also rhythmically interesting, people won’t engage with it. I feel like you need to ensure you have a melody that gets stuck in people’s heads, that way you know the song has made a mark on that person.

When I first started writing, yes, I was actually really terrified. I was afraid and incredibly anxious to have my emotions and feelings put on display for everyone to see, however, the more I wrote, the more therapeutic it became. It’s one thing to ‘write’ about your feelings but to have the ability to sing those words made me feel as though I could finally express what I felt. It became my saviour. Now, I think it is such a beautiful blessing to have, because music acts as a ‘confidant’, a friend. When you’re heartbroken and you listen to songs about heartbreak, you feel like you’re not alone, because the person that is singing is going through the same thing you are.

What is the best lyric that you ever wrote (the most meaningful to you)?

“You closed your eyes and faded away, I wish I could do the same”. I don’t think this is the ‘best’ line I have ever written, however it is definitely the most meaningful line I have ever written. This song is about my uncle Sunny who passed away very suddenly when I was 15 years old. He was a blues musician and would travel all over Australia to perform with his blues bands. His passing has been the most difficult thing I’ve had to go through. Even though it has been 6 years, I still haven’t and probably never will fully overcome this. Whenever I perform this song, I feel an overwhelming sense of love and connection, and I know that it will never leave.

Life is a journey, and you will have to go through challenges along the way. Inhibition is inspired about my experience at high school. I was one of those people who couldn’t wait to leave. I was bullied, which led to anxiety and major depression that lasted for four years.  I became very self-conscious and self- aware, with the anxiety taking control of my life.  I was too embarrassed and afraid to perform anymore, I was scared to sing, because I didn’t want to be judged by anyone. But once I reached year 12, I thought to myself that things needed to change, so I made them change. I did whatever I wanted to do and didn’t let people stop me from doing anything anymore. This song is about the journey I went through in high school to become a confident woman and not being swayed by other people’s opinions of you.

Launching our debut single ‘Inhibition is by far the absolute best moment we have had within our career. We have had such great feedback and we have been so amazed by how well people have received the single as well as music video.

The most difficult point in our career was when we had to overcome band politics. None of us had gone through this before, however we are incredibly lucky because it was resolved in a positive and mutual way.

2018 is going to be a great year for us. Currently we are releasing our debut single ‘Inhibition’ and will be performing at our launch this Thursday at the Grace Darling. We’ll be playing lots of shows in regional Victoria as well as on the east coast of NSW. We are about to undergo more studio recording time and planning our next release as well as a tour during the summer!