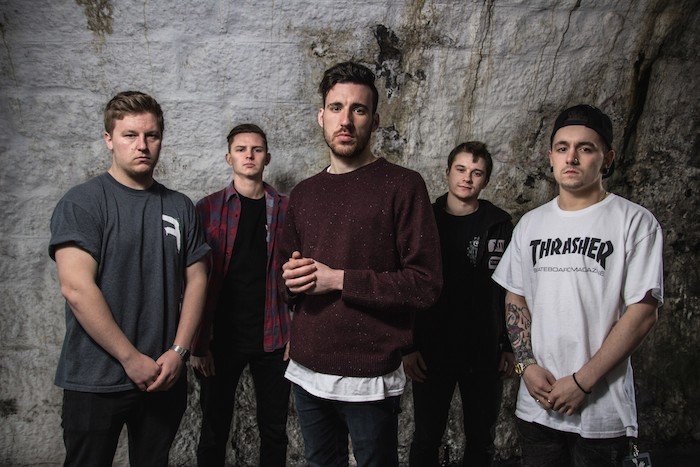 INSIDE MY HEAD interview with BLOOD YOUTH

RYL: Your new EP is titled “Inside my Head” which is its main achievement and what it means to you lyrically speaking?

Blood Youth: We wanted this EP to be very cathartic and personal. I will always have love for this EP, not only because its the first collection of songs we have released but also because it was the first time I was given an opportunity to vent about how I was feeling about certain issues in my life.

I couldn’t be happier with how it all turned out, its exactly the sound we were going for when we were writing!

Blood Youth: Definitely! Lyrically, I like to write songs that people will be able to relate to in their own way. Inside My Head is about the end of a relationship I was in last year.

I went through various phases in the aftermath of that break up, each song on the EP is about various stages of how i was feeling towards the end of last year.

RYL: Where do you live? How your city influences your music?

Blood Youth: I grew up in a small town just outside of Leeds called Harrogate, I have very fond memories of the time I spent there and I always love going back.

That town had a huge impact on me when i was writing the lyrics to Inside My Head, to the point where I actually had to move away because I began to detest where I was living, it kept reminding me of my last relationship. The track ‘Dead Space’ is about the apartment I used to live in!

Blood Youth: I usually make a big cup of coffee and just sit down with my laptop and see what comes out. However, theres often times I’ll think up potential lyrics and i’ll note them down in my phone.

The note section in my phone is full of so any lyrics I’ll probably never use! If you see me in the supermarket furiously typing into my phone, you know whats going on.

RYL: Do you remember the day you wrote “Cold Sweat”?

Blood Youth: I do actually, It was at a very strange time when it felt like everything was going wrong at the same time.

My relationship was over, I didn’t have any money and I kept arguing with my family.

I was staying with different friends every night. I remember pulling out my laptop one night and i just started writing that song, Its a very vivid memory for me.

Blood Youth: I think the most important thing for me and everyone else in this band is to always be making music people can relate to.

One of the most important things is to always be thankful and stay true to the people that support your band.

Blood Youth: ohh thats a tough one! I dont think I have written my best verse yet, but one song I’m very proud of is Failure. I wrote the lyrics to that song before this band even existed.

I was going through a really rough time when it was written so seeing people go crazy and sing the lyrics back to us when we play it live is still very surreal!

Blood Youth: Im working on a few at the moment! The last song I finished lyrically is a brand new song we have just recorded the demo for, I’m sure you will be hearing that very soon!

Blood Youth: We are playing a few festivals this summer, we played Download Festival in June and that was amazing! We have a few euro shows with Architects coming up and just after that we are playing Ghostfest in the UK!

Blood Youth: Failure is probably the most personal song on the EP. The song is about hitting rock bottom and realising that you need to start over. I wrote the lyrics when i was living in Barcelona and I wasn’t sure what direction my life was going in.

My feelings towards everything was very mixed and uncertain at the time! At that point I had completed given up on music and never expected to be in a band again.

The first line of the song “I am nothing to no one” is probably one of my favourites because when you listen to it you either hear it as a positive or a negative line. It depends on how you feel at the time!