Multi-Platinum singer-songwriter Christina Aguilera has announced her first U.K. tour in thirteen years. The vocal powerhouse will take her ‘The X Tour‘ to Glasgow, London, Manchester and Birmingham this November. Tickets on sale at LiveNation.co.uk

Fresh from her exclusive Las Vegas residency, Christina Aguilera will embark on a four date U.K. wide tour bringing hits such as “Dirrty”, “Genie in a Bottle”, “Ain’t No Other Man”, “Fighter” as well as fan favourites from her critically acclaimed 2018 studio album, ‘Liberation‘. 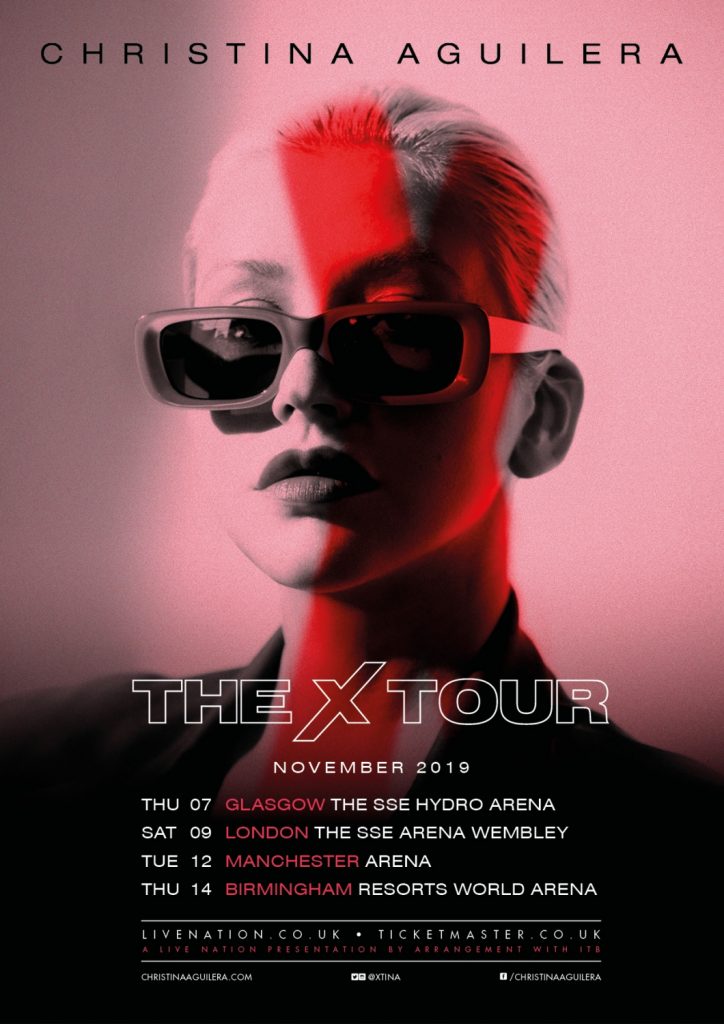 Tickets on sale at LiveNation.co.uk

Thousand Below To Release “Let Go Of Your Love” Ep On August 21 And Share Video For Title Track!