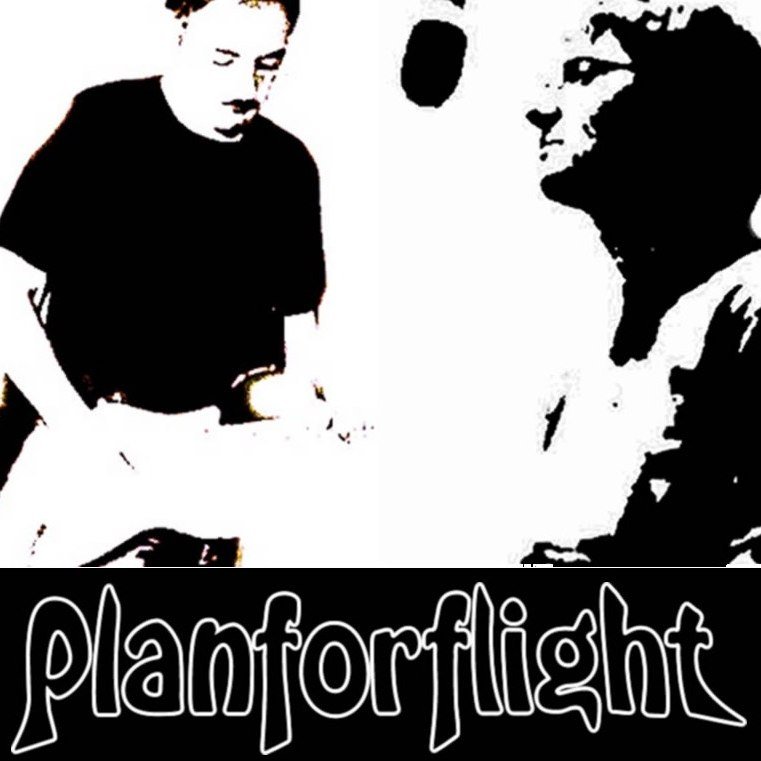 Supporting new rock bands it is one of our missions, Plan for Flight is one of them, have a look on the very interesting conversation we had with them….

RYL: Can you tell us a little bit more about you? Where are you from? Who are the band members?

PFF: Thanks for submitting your interview to us, it’s very flattering . Our recently born band is from Crotone in Italy. Official Band members are Kekko Pace and myself, Joe Fazio.

Kekko has had a long experience in the music environment. He is still playing in different bands such as Lost Reality (alternative) and Donamorte (electronic).

As far as I am concerned, I was born in Canada and lived there ‘til I was 23 of age. I’ve always been into arts, painting and poetry. I approached music as a composer a few years ago, and since lyrics, in my opinion, should be a very important ingredient of a music work, I’ve tried to mingle serious topics with rock sound and I found in Kekko the person who I could do this with, since he shares my same views about it.

RYL: You just released the single L.O.L. , tell us something more about it ….it is  “Lot of Laugh” or “Laugh out Loud”?

PFF: Well L.O.L. means both. In fact, inside the song, both expressions are mentioned. The song is about ridiculousness we encounter in everyday life, eventually manifested by those who should be our valid examples for our existence, such as powerful people, governors, and I should say also loved ones, especially when they breech their commitments and their agreements. All their promises result into futile talking.

So those who take a little responsibility in life towards their neighbors, their closest ones, their followers, whoever they have committed to, in front of a disastrous situation like this cannot “ironically” help laughing out loud and all this cannot be nothing but lot of laugh, just L.O.L.

RYL: This single is part of the EP “Undetectable Light” that features five songs, which is your favorite one?

PFF: We like all of them. However, lyrics and sound differ. But we think that L.O.L. is a very boosting rock song, but Everlasting dreams is much more representative of both hearts of the band.

RYL: How would you define your music? Listening to your EP it seems to be a mix of different genres, from rock to psychedelic rock until electronic rock…..

PFF: As I said before, Kekko and I have lived different art experiences, so, since the band is newly born, we are experimenting diverse genres. In fact, this first EP has to be considered as a sound research and of course our personal music backgrounds are influenced by all genres you have mentioned. We just think that a band that aims at being interesting should not remain stuck to one style.

RYL: “Sail out” is a song inspired by what exactly?

PFF: I’m happy you’ve asked about Sail out. In fact, at first listening, you might perceive that the song is about a banal relationship between two people. But social events often are inspiration to us. As a matter of fact, recent social political changes in the world, government instabilities or, in particular, the end of a tyranny inspired words you hear in the song. No one can expect to model others’ feelings according to his/her own perception of love or relationship. Tyrants, in fact, build an idea of love and bond that is never mutual and, as a consequence, this leads all the time to revolutions and exodus. People just fly or sail away from you. Same thing happens in everyday life, within simple domestic relationships.

RYL: Are you planning to be in tour soon? Where your fans can see you?

PFF: Actually, we haven’t got any dates set yet. We are waiting to let our CD come out because our music has been released only through digital stores so far. Of course, as soon as the product is finished, we will program our expositions. However, the first released autographed CD will be yours. Be sure of that.

RYL: Tell us about your favorite rock bands…who do you like?

PFF: Kekko in his life has been listening mainly to Metallica and The Cure, but his interest to good music and his eager to improve his guitar techniques take him to listen to different kinds of music. On the other hand, my favorite band is definitely Pink Floyd (in my opinion, Roger Waters is the greatest lyrics writer of all time) but led Zeppelin, Beatles, Radiohead, U2 are also in my collection.

RYL : if you had to select between being famous or respected what you would choose?

PFF:Respect is important, but being famous unconsciously is the dream of every artist. However, famousness in a certain way brings to respect as well…. Does it?

RYL: last question, why “Plan for flight” and which will be your future projects?

PFF:Our project is a plan to make it possible for us to embrace other experiences. We like to travel a lot, so we hope that will be likely to happen thanks to rock music we compose and play.

RYL:THANK YOU guys, it has been a pleasure talking with you! Good luck for your projects!

PFF:Thank you for the interview and for giving a GREAT service to Rock Music!