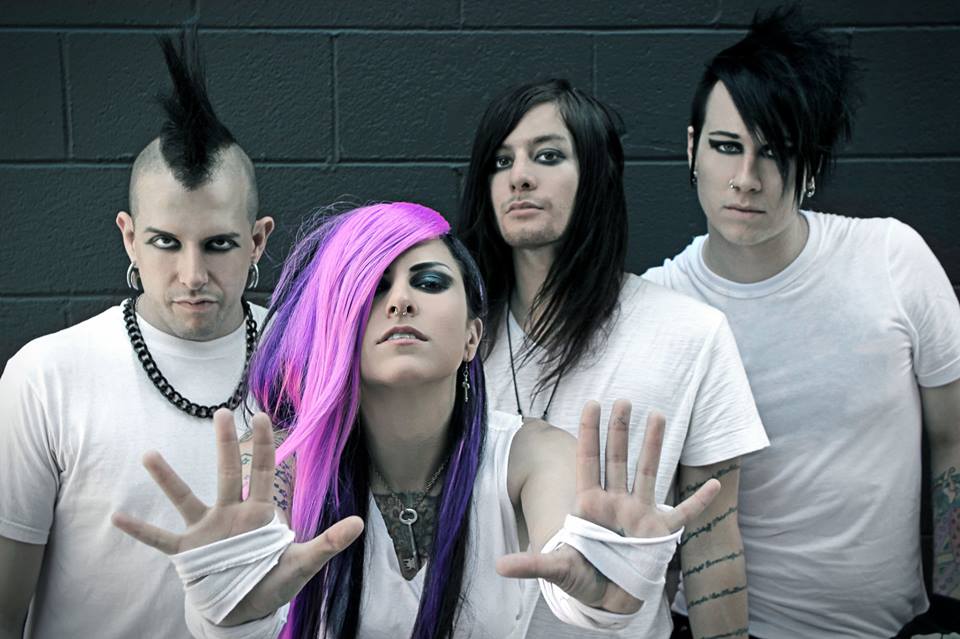 While preparing their new album ” Skeleton Key”, Stitched Up Heart (http://stitchedupheartrock.com) found the time to answer to our questions….

RYL: The video of the song “GRAVE” is just fantastic , we had the feeling of a true live performance, how cool it has been doing it?

SUH: To film the video, we rented out a warehouse in Compton and with the help of pizza and beer got it done in a day. Playing it live always ups the energy and gets a great crowd response.

RYL: What about its lyrics, who wrote them? what inspired you?

SUH: Mixi wrote the lyrics. They’re basically aimed to be a middle finger at past failed relationships. But at least they got a song about them.

RYL: When your fans should expect a new album? Do you know already how it will be titled?

SUH: We’re actually wrapping up mixing/mastering for the new album titled “Skeleton Key” and it should be ready to download/purchase in the next month or two so be sure to check it out!

RYL: Being a band from Los Angeles helped your career? We mean, LA is the temple of rock music, for sure a continuous source of inspiration and opportunities

SUH: We all met in LA so it definitely shows that most of our industry and talent is there which helps.

RYL: You worked with the producer Clayton Ryan , how was the experience? Have you seen the recent documentary made by Dave Grohl called “Sound City”? How is important a producer in a band career?

SUH: Clayton is a gem to work with. Producers can certainly help bands but there has to be a good relationship and cohesive vision for it to work.

RYL: You will be touring California intensively, any plan to participate to the Sunset Strip Music Festival?

SUH: We’ll be on tour during August so we’re not sure if it will fit into our schedule but we would love to.

RYL: We like the song “We are alive”, can you dig for us a bit more in its lyrics?

SUH: Its about carpe diem (seizing the day)

RYL: Mixi, you are considered one of the hottest chick in hard rock by Revolver Magazine……now is your turn to vote.. who is the sexiest band of hard rock of all time?

RYL: “Grave” has a rapid guitar progression, how did you create that?

SUH: “Grave” was created in a practice session Summer 2012, and is pretty straightforward for the verse using a common post-hardcore progression with a simple, haunting melody. The chorus revolves around a similar progression with Grant’s octave jumping string skipping lead line and anticipated chords. Going into the bridge there is a modulation from C minor to G minor that pairs nicely with the 4/4 waltz and eventually modulates back to C minor using arpeggios into the last chorus. The motif guitar line from the intro is re-introduced at the end of the song to bring a sense of completion to the song.

RYL: How much your fans are influencing the things you do?

SUH: Without their support we wouldn’t be anywhere.