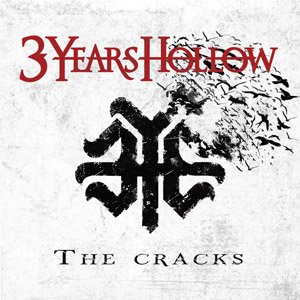 Currently touring the West Coast supporting their newest album “The Cracks”, 3 Years Hollow singer Jose Urquiza answered to our questions on their lyrics

RYL: We listened to “The Cracks” and we absolutely love its sound! Tell us, it was difficult its preparation?

3 YEARS HOLLOW:  I guess technically I would say that it was a very difficult preparation.  The Cracks is really an album that has been in the making for over 4 years.  We started writing the songs back in 2010 in hopes to release a new record. 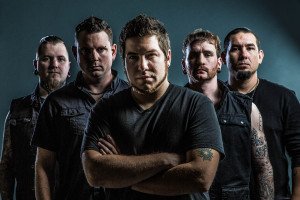 In 2012 we finally decided to release a 6 song EP titled “Remember” in hopes that we would find a home to release a full length record.

We signed with Imagen Records in 2013 and the rest of the process was pretty great.  They gave us the tools we needed to put a full length debut together and we’re very happy with the result.

RYL: What do you expect from it?

3 YEARS HOLLOW:  I think the most important thing for us has always been to just write music that we love and that we enjoy playing.  We wanted an album that we would be happy with ourselves and we definitely are.

We also wanted to show our appreciation to the fans that have been following us for so long and for us the best way to do that is to tour and play as many shows and festivals as possible.

Hopefully this record will put us in that position to travel and meet every single one of our friends and fans on the road.

RYL: Our favorite song is “Hungry”, which meaning have its lyrics?

3 YEARS HOLLOW:  Hungry was written during a pretty difficult time in my life.  I don’t always write songs specifically about my life but I do take inspiration from my life and then expand upon it to tell a story in a song.

This particular song is pretty much about a constant battle with someone in a person’s life, and no matter how much you feel like you want to escape, you just can’t get away.  Sooner or later you feel like you’re eventually going to break down.  This is sort of about the attempt to escape that.

3 YEARS HOLLOW:  We write lyrics in a couple of different ways.  Sometimes I won’t have any music at all and I’ll just be writing words or phrases down on paper.

If it’s something really personal and special to me I’ll usually either write or work with Tony to create a piece of music that would fit the mood of the lyrics.

Other times the music comes first in full and then I’ll usually write a melody line with made up free-styled lyrics, and then later I’ll go back and write a story from start to finish.  It’s one of my favorite ways to write a song.

RYL: Which was the best verse you ever wrote or, at least, the one that has the most important meaning for you?

3 YEARS HOLLOW:  I think my favorite or most personal verse would be from the song Run Away.  It’s not the most important meaning, but there’s something special and different about that verse that always stands out to me.  Both the meaning and the melodies themselves.

RYL: The song “For Life”  features the collaboration with Clint Lowery, lead guitarist of Sevendust and producer of the album. How was to work with him?

3 YEARS HOLLOW:  Working with Clint was one of the most amazing times of my life and something I’ll truly never forget.

I’ve been listening to Sevendust since their debut record and they are easily my biggest musical influence in every way, drums, guitars, and especially vocals.

When we were writing the album I basically felt like I had finally accomplished what I set out to do and everything from there on out was just icing on the cake.  It was definitely a huge inspiration for me to keep fighting and working.

RYL: According to ITunes, “Chemical Ride” is the song that obtained the most success among your fans; why in your opinion? What inspired its lyrics?

3 YEARS HOLLOW:  Chemical Ride is definitely the song that got us here.  It was the first song we ever hired an outside producer for.

We went to Groovemaster Studios in Chicago to work with TADPOLE and it was a game changer for us.

Up until then we were 100% self produced.  We had a director, Davo Paul, come in and direct a video for us and between the video and the song, it seemed like the perfect combination for it to have success, and it did.  Just from fans sharing the video and watching it over and over we have almost half a million views on youtube.

RYL: Tell us everything about  “Remember”…..

3 YEARS HOLLOW:  I kind of touched on it above but it was basically our gift to the fans for supporting us for so long without ever seeing a live show.

We released Ascension in 2008 and thanks to the internet, we had a pretty solid online fan base, even stretching globally thanks to youtube, etc.  We felt like we owed them something because we weren’t in the position to tour yet, so we put out the EP.

As for the title track from that record, it was the very first single that ever went to radio.  Sirius XM Octane picked it up and it spent the first three weeks at #1.

Eventually it made it up to #4 on the Big Uns chart.  That song, coupled with a successful Kickstarter campaign, allowed us to go on the road for the very first time on a national tour.

RYL: The  tour supporting the album just started, where the road is going to bring you?

3 YEARS HOLLOW:  Right now we’re heading out to the West Coast.  We’ve been in North Dakota, South Dakota, Wyoming, Montana, and we’re about to go to Idaho, California, Nevada, and Texas.  Hopefully we’ll get back out to the East Coast soon.  We’ve done a couple tours out there and they’ve been great.  That’s pretty much all we know for certain right now, but hopefully we’ll be slowly hitting everywhere we can!