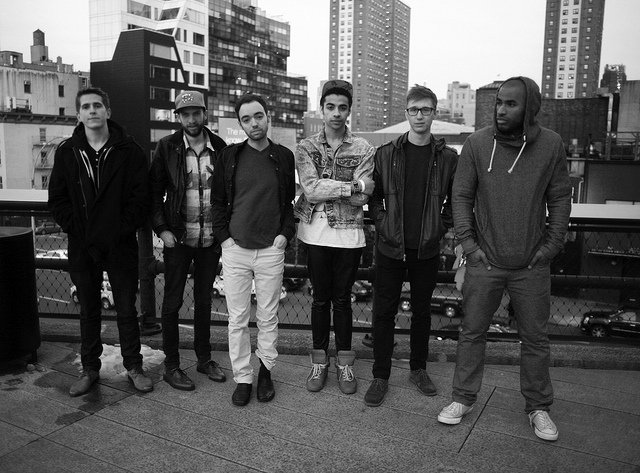 Today we interviewed Air Dubai, a band from Los Angeles that just signed an important contract with Hopeless Records (the same of Avenged Sevenfold and All Time Low) with a new album titled  “Be Calm” that will be released very soon.

To know more about them….read the interview and visit their website http://www.airdubaimusic.com

RYL : how you would define your music? Alternative Rock? Hip Hop?

AD: Hey! This is Jon (@rhiasnoise) from Air Dubai (@AirDubai) I think our music can be defined on a literal plane as Hip Hop mixed with Rock, Soul, Pop etc. but I think what really defines our music is that it’s music we create to connect to the people that listen to it. Regardless of genre we want people to feel something in the words and the music and you can’t really put a genre title on that.

RYL: How important is the instrumental part (especially guitars) on the creation of your lyrics ?

AD: I think every component of our band is important. We as vocalists just round out what the music is doing to make it all complete.

RYL:  You know, Rock Your Lyrics is a project that started in Dubai, what is the connection between your name and the city of Dubai in Middle East?

AD: Our name stemmed from a research project on the Burj Dubai (now titled the Burj Khalifa) the tallest tower in Dubai. We thought the name of the tower was the Air Dubai . Since it wasn’t we decided to keep the name to ourselves.

RYL: For the album “Day Escape” you worked with Sylvia Massy amazing producer of famous artists as Red Hot and Price, how was your collaboration with her?

AD: That collaboration was pretty straightforward. She kind of let us have free reign of her studio and space and in a way just let us do her own thing. She brought in some ideas that we bounced off of her but Day Escape was mostly our own creation. It was the first time as a band that we had the opportunity to do that so in a roundabout way it was a cool experience.

AD: Being with Hopeless Records is honestly a very cool thing. I think we’ve always considered ourselves an indie band and the guys from the label totally understand that and are very careful not to step on our toes or our ideas and we grow as a band and as people making music. Be Calm, which was originally meant to be released last year did get pushed back but we have the Warning single bundle on iTunes, the Warning music video, some more songs and videos on the way. Content is definitely coming out.

RYL: Since the sixties, with the famous song of Beach Boys, the girls from California are considered to be the best, you are talking about them in the song “All Day”…..are they really the best?

AD: Cali girls are pretty sweet. You can honestly find some good girls anywhere though. I think what makes California girls so nice is the weather. They have it easy there.

RYL:  We particularly liked the song “Still Searching” from your first album “Day Escape” , can you tell us a little bit more about how you wrote its lyrics?

AD: I think it’s essentially a song about wanting more than what you have from a person. Love is so much more valuable than any other possession. That’s what still searching is about. Wanting love, wanting to be something to someone regardless of anything and everything else.

RYL: We loved the video of Warning can you tell us something funny that happened during its shooting?

AD: We had some time before filming to get some food for everyone on set. Our tour manager Scott and I decided to run to a bagel shop and order everything in fake british accents. It was a good time.