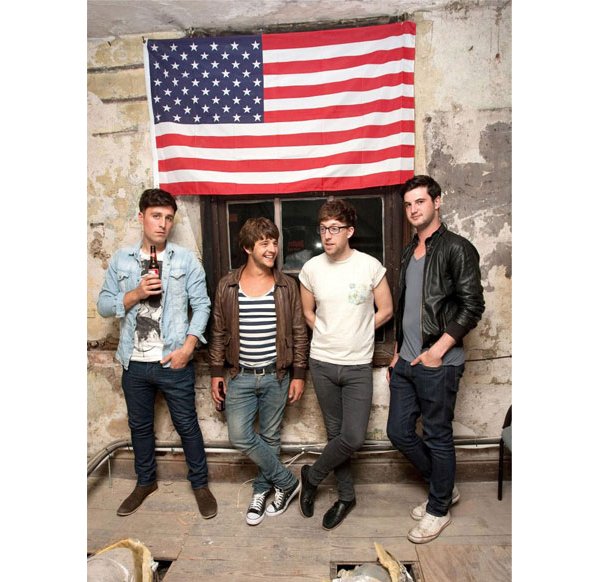 Are you getting ready for the Warped Tour in US this summer? Rock Your Lyrics will cover the event for you!

As part of the preparation for it, we interviewed Alvarez Kings, a progressive pop band from Yorkshire (http://www.alvarezkings.com) that, we believe, will be one of the major “live” surprises that the Warped is preparing for its public.

Their last EP “Cold Conscience” was released on 2012, we believe a new album will be released soon…….

RYL: You are going to join the famous Warped Tour this summer in USA, are you excited? What do you expect from it?

A: We are so excited, we’ve been keeping it a secret for so long because we found out Kevin asked us to join the tour back in October when we were touring the states and Canada with Hey Ocean. Now we can finally announce this fantastic news and our fans can join in with our excitement. We expect the tour only to be mental in every good way possible, maybe a little hotter than the UK 😉 but overall we just expect to have an amazing time and meet some new people.

RYL: You know, the weather will not be like the one of South of YorkShire…..it will be extremely hot … like the fans of Warped…. Are you ready for them? Are you planning any special surprise?

A: I can only imagine we’ll be very unprepared for the climate change and will probably look like lobsters for the whole tour but we plan to pack some pretty tough sun block.

We can’t wait to start the Warped Tour and meet the fans, it’s one of the most enjoyable things about being on tour. You meet brand new people from all walks of life. It’s amazing.

RYL: How important is to be a British rock band nowadays? Do you see a new wave of Brit Rock coming?

A: There is always a steady flow of merging British talent in the UK it’s just that a lot of the music struggles to filter across to the States for reasons out of the musician’s hands really. It’s very important for us to fly the flag for British music on the Warped tour and prove to everyone back home that it can be done. Sort of give some the up and coming artists a bit of hope. It’s really difficult to survive on the British scene of late.

RYL: Can you tell us something about your name? Why Alvarez King?

A: We were looking for a name and our guitarist was really in to Italian culture so after a long intense search he came back with a 50’s Italian Mafia gang name. Alvarez Kings. It sounded really powerful when he suggested and we felt it suited out power and energy when we peform live.

RYL: We loved your song “The other side Of Sadness”, how you wrote its lyrics?

A: This song is about the grief of losing a close friend to suicide. I didn’t really know how to properly grieve his death so I put my feelings down in the form of a song. It’s a really special song for me to sing live as I feel he’s listening back. It’s a kind of sad but happy feeling.

RYL: Your first EP is called “Patience is Strength ” released in 2011, who selected the title? It has something to do with success?

A: The title was chosen by myself. It’s a phrase that I’ve grown up with and tried to stick by and it actually is a kind of mantra for the band and our journey so far. I’m still writing the sequel to that song called ‘Anger Is Weakness’.

RYL: An amazing artwork on the cover, who did it for you?

A: One of our good friends back home does all the cover art and artwork for us. He goes by the name Dave Mullen Jnr. A truly talented guy.

A: Well I actually play through an 1977 Orange OR80 guitar amp so I would choose Orange over Marshall. Although I do own Marshall gear too. Two very different sounding equipment but equally as good.

RYL: Cold Conscience is a song inspired by what exactly? Have you ever dreamed to disappear in a puff of smoke?

A: Cold Conscience is about the temptations on the road. Sometimes you can find yourself in situations where you wish you could just disappear in a puff of smoke.

THANK you for your time guys! We wish you good luck for the summer tour, we will have another interview that time so you will tell us how did it go!