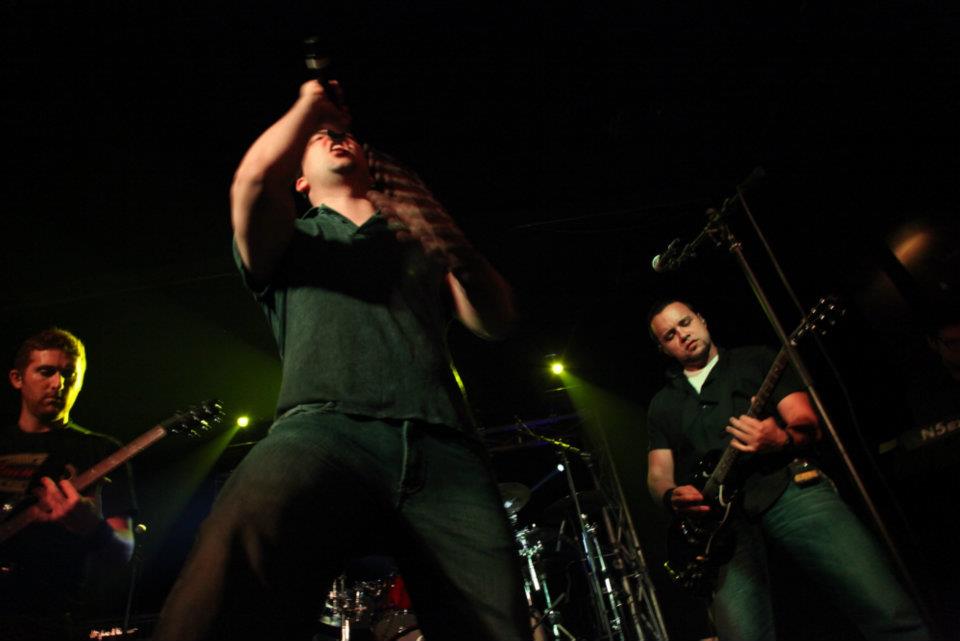 Rock Your Lyrics first interview with Anuryzm, http://www.anuryzm.com , one of the most important bands in the United Arab Emirates scene.

Nadeem, their lead singer, answered to all our questions, we would like to thank him personally for the support and we can’t wait to see the band live in Dubai!

RYL:  7th of June is approaching and Anuryzm will be on stage of the Dubai Rock Fest, you guys are preparing something special for that day?

A: Hi there, thanks for the interview. Yeah we are really excited for June 7th because it’s a unique festival that caters to a lot of different tastes and more importantly is that the other bands have not performed in the UAE before so it should be fun for the audience. We are really busy working on the follow up to 2011’s “Worms Eye View” and so are really excited to take a break from the studio stress. Man, growing up I used to love going to summer festivals to kick it and check out a bunch of different bands, this is no different.

RYL:  Your history is marked with several changes of lineup and cities, despite all difficulties you are still together and ready to rock as hard as you could….

A: Yeah, as some of you may know, John (Bakhos, Lead Guitarist and main composer) and I grew up together and played in a band when we were in high school. We both went our separate ways due to study and work commitments but we both learned a lot along the way. He was busy trying to improve his vision and concept of what ANURYZM should be. I was busy doing my own thing abroad, martial arts, surfing, songwriting etc.. So when we met again after all those years; It seems that I was the missing piece of the puzzle. We modernized all the material, changed it up and released “Worms Eye View.” Didn’t expect the response to be this positive AT ALL, and so the momentum is picking up…

RYL: in 2011 you published your first album “Worm’s Eye View”, why you selected this title?

A: Basically, it means a lot of different things. You could argue that since the bird always gets the worm, the worm must be a lowly disgusting creature; and maybe you are right. However the worm is also the closest to the earth and sees problems from the ground up. The worm is the realist and the pragmatist and therefore potentially dangerous. All it takes is one person to change the world for good or bad. The bird is free, soaring high but despite being a formidable predator; is also more of an opportunist than the worm.  Which creature do you more relate to?

RYL: “Wide Awake” is our favorite song of the album, can you tell us something more about its lyrics?

A: I intended this to be a simple and lighthearted song about self-awareness and confidence but then things changed when I added the chorus. Then it became a song about trying to find that balance between always gunning for it or reaching for your goals (in a way encouraging someone to wake up and just go for it) coupled with the message to slow down as well and plan things more carefully because before you know it; life has passed you by and you never found the time to focus on what is really important, so Wide Awake also relates to a level of self-awareness where you know your limits and when to stop and breathe as well. Sometimes you can miss the forest because of all the trees….

RYL: How do you write a song like “Fragmenting the Soul?”
A:  John and I wanted a really strong album opener, he had the main riff going already for a long time. What he did was arrange it differently so that you had a powerful opening section with a really chunky , sing along type of chorus. I was sitting down one day and i was murmuring over the track : “Gone .is.my .soul”…. and it just kind of worked. Fit the song purpose very well which was about about breaking down everything you have previously known and starting again from the ground up. Shatter your soul into a million pieces, each fragment is important,  it hurts but then you can build afresh, anew, everything dies and is reborn, comes back full circle.

RYL: How is the metal scene in Middle East? What about UAE?

A: I went to school here between the ages of 7 and 17, I graduated in 2000 and left. Before I left the scene (if you can even call it that) there were a few people interested in rock and metal, a few terrible garage bands and that’s about it. Now, fast forward to 2013, things have changed a lot, rock and metal are more accepted commercially and there’s more opportunities to get your music out there. (Radio, Social networking, Youtube etc)

There is one major difference between the old school and new school. Back in the day, it didn’t matter what kind of music you listened to because there was a LOT more support for just good music and bopping your head to whatever sounded good. I don’t consider myself a “metalhead” or anything but at the same time, I like some rock and metal. Nowadays you have way too many people who are small minded and refuse to give anything a chance other than their specific genre. That’s really sad and those people miss out big time as the UAE hosts some really good music events across the board (Dub, Reggae, Electronic, Rock, Classical, Soul, R&B, Jazz etc)

RYL: Two years after your first album, have you any plan to release a second one?

A: Yes, we are at the advanced stages of completing our second album, I am dying to tell you more about it in terms of themes, styles and titles but you’re gonna have to wait! Check our official websites for more info!! It’s something very special

RYL: Are you going to be on tour this summer?

A: You know, I don’t think so. It’s a big priority to get the new album out and I think maybe one or two big shows will be confirmed. However, we will tour in 2014 in support of the new album. If you live in the Middle East and you want to see us this year, come to Dubai Rock Fest.

A: Ask John…. I don’t know man, at first I didn’t like it so much but the music speaks for itself, a new rhythm for a new era that is strangely familiar.