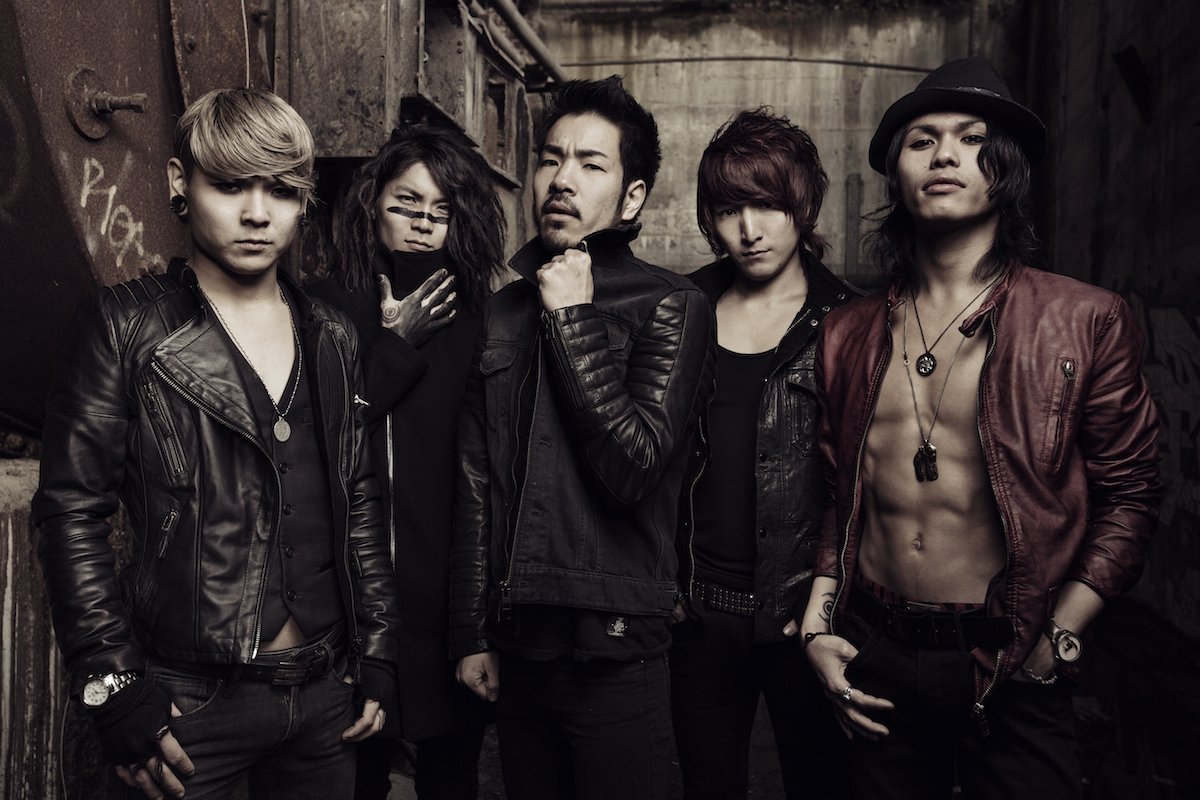 Few days ago, before they show in Cardiff, we interviewed Crossfaith (http://www.crossfaith.jp) asking them about their songs, their dreams, and their future projects.

RYL: Kerrang Tour 2014 starts today in Cardiff, what do you expect from it? What have you prepared for your fans?

Crossfaith: We have played in the UK 5 times before. It is like a second home to us over here. The UK was the first place outside of Asia that we played as a band. This is a very special country for us. Playing with Limp Bizkit is a huge honour for us as a band.

We are all huge fans of them since we were young. Our old band even used to cover some of their tracks when we were starting out!

RYL: The energy you have on stage is incredible, we have looked at various videos, you really give it all….. which was the best gig you played so far?

Crossfaith: Honestly I believe that Warped Tour London in November 2013 was the best show we have ever played.

We were allowed to bring in our own production and lights for the show and we really gave it our all. Being on the MainStage at this event was also a really huge honour and the biggest stage we had ever played in the UK.

It was a really memorable experience for all of us.

RYL: Six months ago you released your third album “Apocalyze” are you happy about the success it obtained so far?

Crossfaith: This is the first album which we have had the chance to release internationally. This enabled our band to go around the world and play in front of audiences which we never thought would be possible seeing as we are a Japanese band.

Apolcalyze is a huge mile stone for the band as we really put so much time and effort into the recording and writing process. We are really happy with how the direction of everything is going and it has also enabled us to keep our sound original. We had full control over this album and this is rare for other international bands.

We really are happy with how it all turned out.

RYL: The song “The Evolution” obtained the most success (at least according to iTunes downloads) among your fans, it talks about waking up and doing something correct?

What inspired its lyrics?

Crossfaith: The lyrics in this song are inspired by how human beings can change. This is the hardest thing for anyone to obtain in their lives. The lyrics are quite personal to me as they describe how humanity is on a whole.

That every person over the course of their lives experience different events and change. The most difficult thing is to overcome this change for the better.

RYL: You just released a new video for “Countdown to Hell”, it is again a proof of your great energy on stage; in its lyrics you are asking “How can I set the fire?” , were you able to do it?

RYL: How do you usually write your songs?

Crossfaith: The songs are written in a few different ways. The first is that Teru (DJ) will compose a track on his laptop and we will fill in the gaps with our other ideas.

The second way is that Kazu our guitarist will compose riffs and other ideas and he will then bring these to Teru and the rest of the band. We will then work through these ideas together and compose the song to the best of our ability before the pre-production on the final track.

These songs take months to write and we are very passionate about making the tracks the best way possible as well as keeping to our original sound. This is very important for Crossfaith.

RYL: We have recently read a book titled “JAPROCKSAMPLER”, where the author describes a special journey on the roots of Japanese rock and roll. Have you read it as well?

Basically one of its key learning is is that Japanese Rockers not only discovered rock and roll from UK and USA in the sixties, but they brought it in to a different dimension, creating something so unique and powerful.

Listening to your rock we kind of felt the same, you are bringing metal/hardcore rock in to another level…. What do you want to achieve with your music? What is your ultimate goal?

Crossfaith: I personally think that we are an original band taking different types of genres and combining them together to make our own original sound. This has nothing to do with any other japanese artist.

This is the beauty of our band because we combine such different elements of other genres. No other band has done this in Japan. With our music the ultimate goal is to be able to share this with people around the world and change the face and the sound of the music industry. This industry is forever evolving so we are trying to create our own sound within all of this chaos.

Very few bands around the world can say that they are completely original and we take a very serious pride in this.

RYL: Last week on “Warped Roadies” you were protagonist with your music and some crazy party…… how was the experience on the road? Will you do that again?

Crossfaith: Sure! Why not!? We always do this. The entire point of being alive is to enjoy yourself. We are a party band. We take our music and our performances very very seriously and will NEVER let alcohol effect our shows.

This being said we will party harder than most bands AFTER the shows. Why not?! Fuse TV heard about how crazy we can be with partying so they decided to tell us to have one in Tampa, Florida. We did! It got a bit crazy and well if you watch that Warped Roadies episode you will see all the events that happened. There are some other events that happened which were not filmed such as Teru jumping into the water where sharks were and breaking his tooth. The next morning we were put on first and absolutely had one of the best shows of the tour. This proves that no matter how hard we party the night before we can come out on stage every day and kill it!

RYL: Let’s go back to your first and very successful album “The Artificial Theory for a Dramatic Beauty”, our favorite song is titled “Mirror”. Tell us, what inspired its lyrics?

RYL: Until today, which was the best verse you ever written?