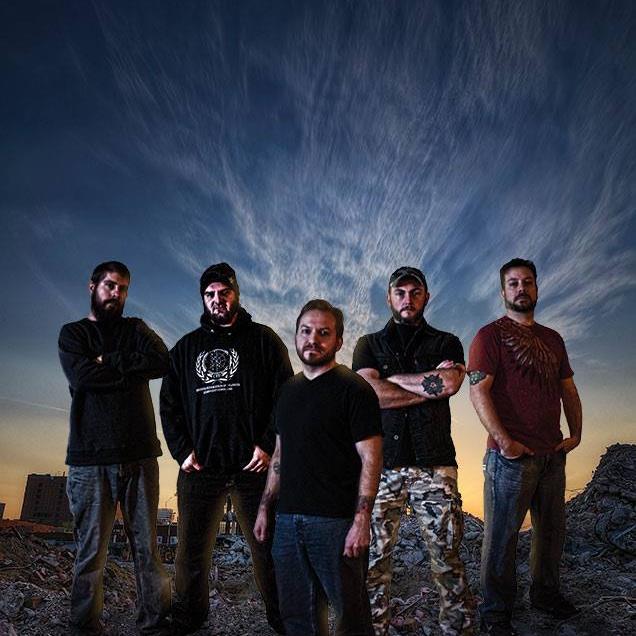 RYL: Your last album was released in november 2012….tell us more about it… happy about the success obtained so far? When you are going to release a new one?

LONG TIME DIVIDED: Our self-titled debut album was just such a fun experience for me. The album is a culmination of a ton of hard work and a lot of fun and I think that comes through in the album.

We’re working on new music now and we’re looking to not only get a new album out but also put out an acoustic album of our self-titled album, just to change it up.

RYL: Let’s talk about the song “FEBRUARY FAREWELL”, what it means for you?

LONG TIME DIVIDED: February Farewell is a song about losing the person you love. Once that person is gone, there’s this feeling of atrophy–you just slowly feel like you’re dying both inside and out.

And using the word February was intentional, as well, because of Valentine’s Day being on February 14th. I wanted to drive home the point that this song is about losing that one person in the world that you love.

LONG TIME DIVIDED: The songs don’t have a common theme or meaning, per say, but when I write lyrics, I typically use the music to guide the emotions of the song’s story. I think that helps fans make a connection to our music.

RYL:  Do you remember the day you wrote “REQUIEM”?

LONG TIME DIVIDED: HA! I actually don’t and I think that’s telling of the song because it’s about fighting your demons and how those vices are a daily battle.

LONG TIME DIVIDED: When we are working on a song, I typically listen to the music we’re crafting and then add the lyrics from there.

Sometimes I have an initial idea of what I want to write and then the song takes me in a completely different direction. That is probably what I love most because it keeps the writing process fresh.

LONG TIME DIVIDED: Probably the one rock song I listen to and go, “damn, I wish I wrote that,” is Living Colour’s Cult of Personality.

It is such a catchy song but, on top of that, the lyrics are just powerful as all get out. The lyrics are strengthened even more by today’s political atmosphere.

LONG TIME DIVIDED: Wow. I think doing a national tour with a band/musician of who I’m a fan. That would be great. We had the opportunity to open for Fuel in Cleveland, which was awesome, and they were fantastic. I’d love to tour with those guys.

LONG TIME DIVIDED: Boy, wow. Two hard questions in a row. Damn. Ha! Well, I have to say that my favorite verse I ever wrote was the first verse of Lady Luck. It just flowed well with the music and the story I was trying to tell in the song.

LONG TIME DIVIDED: We have a new song called Sirens of the Southside, talking about Pittsburgh’s Southside.

The Southside is a great area for bands to cut their teeth and is lined with bars, so there is always a party or something going on during the weekends over there.

The song revolves around how, even though a person enjoys going out, it can get repetitive.

LONG TIME DIVIDED: Right now, we’re focusing on writing our next album. That’s at the forefront.

RYL: What “NIGHT RUNNER” lyrics mean to you?

LONG TIME DIVIDED: Night Runner is about two people in an abusive relationship and one of them trying to get away from the other person who’s hurting them.

I wanted song to be a wake-up call to anyone who listens to the song that may be IN an abusive relationship.