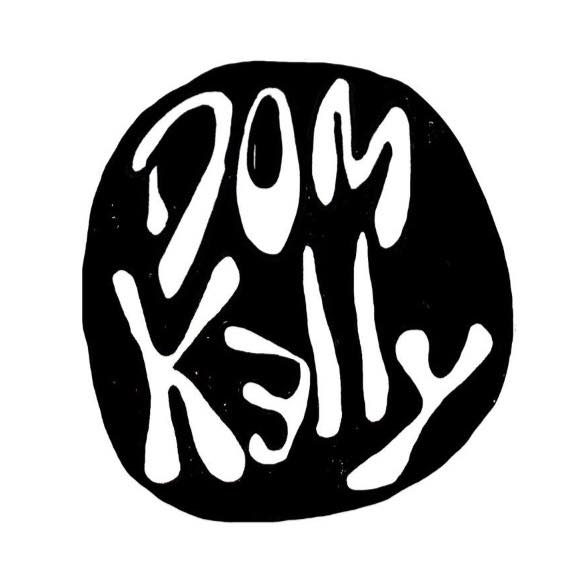 RYL: Tell us about your upoming projects….a new album will be released soon?

DOM KELLY: Yeah, a new album is on the way. I’ve written about half of it so far and recorded a few demo’s. Looking at an early September release at this stage.

RYL: Let’s talk about the song “Pretty Girl”, what it means for you?

DOM KELLY: Haha. I remember sitting down and writing that in about 5 minutes after work one day. The basis of the song is a love hate relationship, Feeling ignored however kinda being okay with it at the same time?

DOM KELLY: If there is, it’s not intentional. I take my influence from what’s happening in my life at the time, and I suppose that reflects through certain songs of mine in a similar way.

RYL:  Do you remember the day you wrote “Genevieve”?

DOM KELLY: I do. I was in Paris sitting on my balcony reflecting on an encounter the night before.

DOM KELLY: For me there’s no real process, or formula to it. I’ll either have some words scribbled down and work out some chords around the feeling or vice versa.

I write a lot of poetry which does tend to lend a hand at times as well.

DOM KELLY: As a huge Jeff Buckley fan I’d have to say his song “Grace” (If you consider that rock). There’s something that just hits so close to home in his words for me. Amazingly beautiful yet haunting.

DOM KELLY:  For me music has always been this necessary release, Especially the writing process. So I’d say the most important thing would be the music itself, it keeps me sane.

DOM KELLY:  Not sure I have an answer for that one.

DOM KELLY: I’ve just finished writing “New Love (Genevieve Part 2)” which will be on the next record, so keep an eye out for that.

DOM KELLY: Keeping a low profile until September the 4th, which is the Album launch show at Sydney’s Oxford Art Factory.

There will be other gigs scattered around the east coast of Australia too. Looking forward to it.

DOM KELLY: Haha, The 252 is the bus I’ve taken from my little corner of Sydney suburbia all my life (Currently still use it most days).

It’s pretty much the only bus that gets you to my place from the city and over the years I’ve spent much time reflecting on life while travelling on that bus.