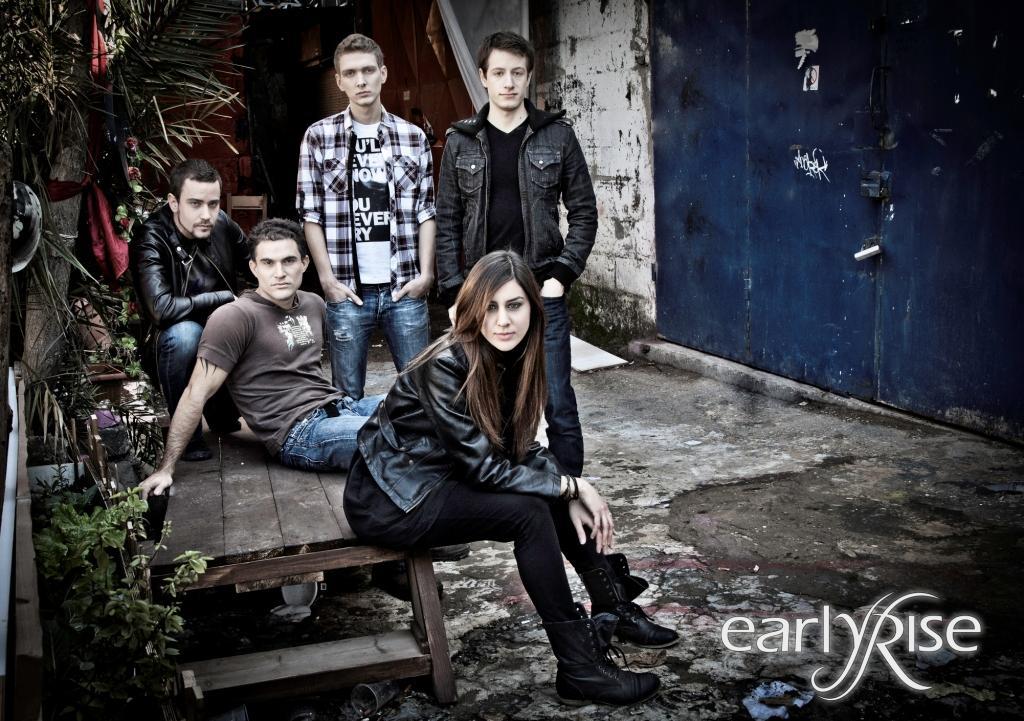 Few months before the release of their new album we interviewed Raz Klinghoffer (guitarist) and Orly Lari (singer) of  EarlyRise (http://www.earlyrisemusic.com).

With them we discussed the next projects of the band and, in particular, about the song ” Falling In To The Ground”

RYL: Your album ‘What If’ was released in 2011, is there a particular message that you wanted to communicate with its release?

EarlyRise : We really just wanted to get out there with the best material we had.

We wanted to introduce ourselves to our fans and the industry.

RYL: In “Falling to the ground” there is a verse that is saying “Prisoner of your own doubt”…what can set us free?

EarlyRise:  Go after what you love instead of living life doing what you’re told. Doubt is the enemy making most of us choose the easy path instead of pursuing something more.

RYL: Are you currently working on new songs? When the release of a new album?

EarlyRise :  Yes. We’re working on our second album, which feels more current to where rock is in 2014.

I think it’ll surprise a lot of people in a good way. We don’t have a release date yet, but we’re hoping to finish it in time for a May or June release.

We have more than 60 demos and we recently narrowed our working song list to around 15 tracks. We’e been working like crazy – we’re in the studio 5 times a week.

All to bring our fans the best possible album.

RYL: What do you expect to reach, musically speaking, in couple of years from now?

EarlyRise :We all want what every musician wants: to be heard and recognized by people that share the same passion for our style of music that we do.

We don’t have expectations that in a few years we’ll sell X number of records – it’s more about challenging ourselves to grow artistically and to reach more of our fans in a meaningful way.

EarlyRise : We don’t have any upcoming shows currently scheduled. We’re waiting for our album to shape up before we begin solidifying tour plans.

RYL: “Wasteland” is the single that had the most success why in your opinion?

EarlyRise  :  Probably because it’s a positive, emotional, upbeat song. I think a lot of people can relate to the lyrics. And the awesome intro.

RYL: You released an “Acoustic Version” of your album in 2013, how was this experience?

EarlyRise  :  It was really fun to take our old songs and completely change their arrangement and give them a new interpretation. We’ll definitely do it again for some of our new songs in the future.

RYL: What is the best thing about creating music?

There’s nothing better than doing what you love and what you’re passionate about. Also being able to share your thoughts and feelings with others.

Hearing from fans and how they relate or are inspired by your songs is an  amazing feeling.