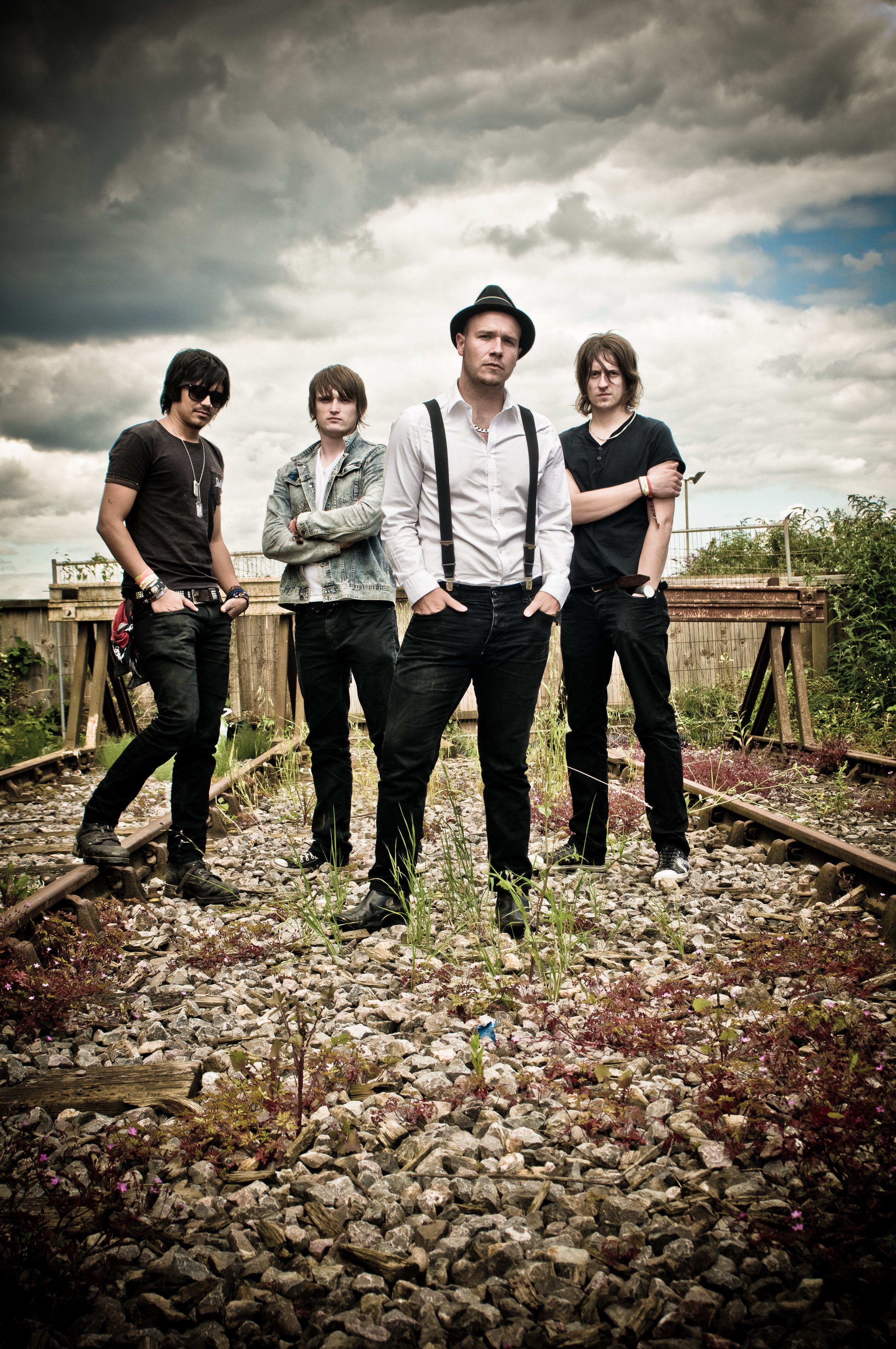 One month only divides Electric River, http://www.electricriver.co.uk, and the famous rock festival ofCamden; right before this important show we asked the band about their projects and their music…..

RYL: how is the preparation for this important gig going? Excited about that?

ER: Definitely. It’s nice to be involved with something that supports upcoming and underground music so much. There are some really great bands on the line up who deserve more recognition so it’s a decent platform for punters to discover some good music that’s below the radar.

RYL: You recently released the video of “Hold your Nerve” a song from your last EP “In your name”, do you remember how you ended up writing its lyrics ?

ER: ‘Hold your Nerve’ lyrically didn’t take us too long to come up with as it comes from a very real place. We wanted to try and get across – that when things get tough, we tend to take things out on the ones we love most – and all too often forget or appreciate that it’s the smaller things in life that bring us together in the first place.

RYL: Many famous band inspired your music, among them quite a lot are punk…. Can you tell us what does it mean for you being a punk rock band today?

ER: It’s nice when people relate us to Punk Rock, as there are so many great acts out there to choose from who are more obviously ‘punk’. Punk music gave us a real education and grounding when we were trying to find our sound, but more than anything taught us a DIY ethos that we’ve carried through ever since.

RYL: “Question Time” is a song released in your first EP “Darwinian Flush” of 2010, can you tell us what you wanted to communicate with this song?

ER: ‘Question Time’ is probably one of the most political songs we’ve written over the years, and at the time was inspired by a very worrying rise in the popularity of the BNP and the EDL. It was just us saying – don’t be brainwashed, question everything.

RYL: How much your music changed from 2010 and today?

ER: We’re a better band now. We’ve found and stuck to a sound on the new album that really captures where we are as musicians and music fans. Lyrically, the songs come from a more internal place than ever before, but don’t sway too far from our punk roots.

RYL: Your first album is dated 2009 and called “Radio No Go!”, when do you expect to release the next one?

ER: We’re hoping to release something at the end of the summer.

RYL: What about the song “In your name”, are you happy about the success it had so far?

ER: Definitely. It’s an out and out effortless stomper that doesn’t have ‘single’ written all over it, but thankfully a lot of people have taken a liking to it.

RYL: How important is the relation you have with your fans? We imagine it is for you a continuous source of improvement?

ER: We have some brilliant followers and we seem to attract all the right people; music fans who don’t need to be told what to listen to and solely judge things on the quality of our songs.

Statistically, it’s always a work in progress but whether it’s 100 followers or 10,000 followers, the same principles apply – We’re all in it together to try and make something very real and integral succeed.

RYL:  You are going to tour England this summer, any plan for Europe?

ER: We’re definitely playing in the Czech Republic in July for Mighty Sounds festival, but that’s all we know as of yet. We really want to hop onto the mainland and hope to know more about it soon.