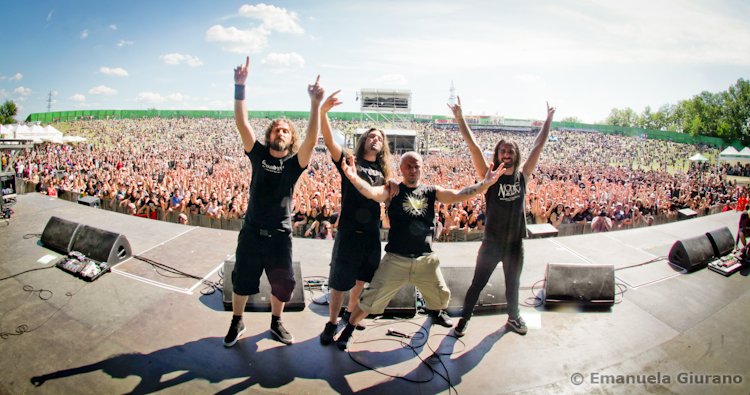 Today we are very happy to share with you a special journey inside the lyrics of Extrema (http://www.extremateam.com) together with Tommy Massara and Gianluca “GL” Perotti.

We are sure you want to know more and you will love their answers!!

RYL: Let’s start our interview from a picture recently posted in your facebook profile…..Dimebag Darrel of Pantera with Tommy Massara…….. how long ago it has been taken? Looking at it which are the memories coming to your mind? 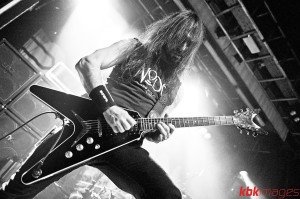 Tommy: Well that’s a really old picture taken back in 1994 when Pantera played in Milano for the Far Beyond Driven Tour, we supposed to play as support act, the Local promoter choose to let play only one opening band that I didn’t remember, anyway we’ve been invited to go backstage and I Took that photo with Dime.

RYL: 2015 will be a year very important for Extrema, 30th year anniversary….. how do you plan to celebrate it? It is something unique in Italy, but also very rare in the world of rock….

Tommy: For us the 30th anniversary will be celebrated in 2017, even if we’ve started at the end of 1985 we prefer to count it from our first official release in 1987, our first EP “We Fuckin’ Care”, so there still time before think how to celebrate the Event.

GL: I started with the band in 1988,long time for me too, but for Tommy will be a special anniversary, it’s not so usual to be 30 years with the same band and keep focused on Music, especially in this particular moment…….too many bands and less quality, that’s why we still work hard on our music and Tommy above all! 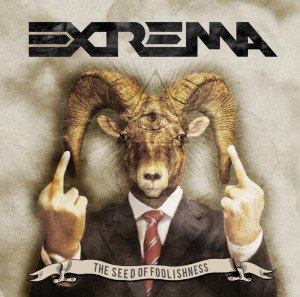 GL: In the beginning Tommy was also in charge to write the lyrics ’cause my english sucked, but taking confidence with those lyrics I finally felt comfortable and started to write it down by myself.

There is not a standard formula, I wait the mood that come from the song to take me writing, Usually words came by themselves during  rehearsal or listening to the demos, is always a work in progress until the very last moment of the final recordings.

RYL: “Deep Infection” is your last single released from the album “The Seed of Foolishness”, what is the message of this song?

GL: The message is clear, there’s a bunch of fat liars manipulating human kind for their purposes, gaining more economical power to corrupt the world! 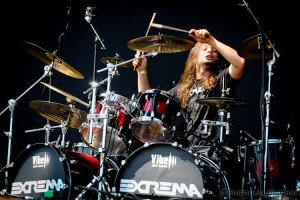 We have more technology but somehow we still live in the middle age era, It looks like we are just numbers and slaves, managed to product what they really need……money, that’s why art is vanishing and ignorance is promoting.

And war is still the biggest business, in the name of some Fucking God used to push the people to do horrible things…….middle age era my friend!!

RYL: Our favorite song is titled Bones…. Do you remember writing it?

GL: Tommy came to my house and we started to play some new ideas, the arpeggio of Bones was the first idea we had to started with TSOF, we work a lot on this song and we changed the chorus right before the studio time and it worked. 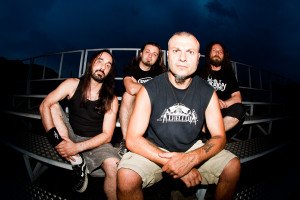 Tommy: The Arpeggio, at the beginning, has been one of the very first piece of music that I’d wrote for this album, the Idea under the songs it wasn’t to write a Ballad but an uncommon strong Rock Song

One of the tough part as been the melody of the chorus, GL got a really strong personality and he’s really Jealous about what he write, 90% of the time he’s right, but this time he come up with a chorus that really doesn’t work so we’d to discuss and fight before coming up with this final version, thank God.

RYL: Tell us everything about “Sick and Tired”….

GL :Sick and Tired speaks about friendship and the trend of abusing the sacred word brother, bro’ as usual.

You can’t call me bro’ if you are not a friend of mine and this Hip-Hop trendy word makes me fuckin’ Sick and Tired!

I can tell you that Tommy is a brother, I’ve been the black ship in this band for a long time but he is still my friend, always there when it counts…….and he don’t call me bro, the meaning of the song is simply this, True Friendship doesn’t need big empty words.

RYL: If we go back to your previous albums and we look to the ITunes charts, we discover that the cover of “Ace of Spades” is the favorite song of your fans, why in your opinion and what this song means to you?

Tommy: Well it’s funny I didn’t know about that charts, anyway, I think because “Ace of Spades” is a Motorhead Cover and you know the fans are always searching for different version of the originals, I’ll be curious to know which is the most favourite of our own songs.

About Ace of Spades, we usually use to end our shows with that cover back in Time and in 2005 when we recorded our 4th studio album we decided to record it because the fans loved that song. In our career we covered four bands: on our First album The Police – Thruth hits everybody, on the Proud, Powerful and Alive EP The Dead Kennedys – Too Drunk To Fuck, as told before Motorhead’s Ace of Spades, and on our fifth studio album Pound for Pound, Kiss – Deuce.

GL: Sometimes We do covers only for fun and obviously to pay a tribute in some way to the bands we’ve grow with, man, that’s the Song.

Ace of Spades is one of the few songs pretending to show how Metal and Rock deserve to be played and on stage is a Blast!

We have supported Motorhead few years ago and I asked them a judge of our version but no one answered me…….but we took some pictures with Lemmy’s customized bass so we were happy enough, hahahahaha.

RYL: You are on tour across Italy, do you plan to tour Europe as well?

Tommy: We already toured Europe several times. To support our last album “The Seed of Foolishness” we toured Europe last November/December alongside Death Angel, Dew Scented and Adimiron, than we’re an open booking band we play anytime there is a chance to play, a Festival, a show, a tour, and so after that Euro-tour we already played several shows some in Italy and others in Germany, and we’re planning more and more shows.

RYL: Looking back to your songs, is there a verse that you wouldn’t have written?

GL: The lyric from “Divin’” was pretty stupid, maybe that one.

Tommy: I Agree with GL that song has the dumbest lyric of all time, space Aliens coming to Earth to stage Dive ….. anytime we spoke about that song We piss or pants off.

RYL: And the one you love the most?

Tommy: Personally one of my favourite verse is from the song “The Brawler” from the album “Better Mad Than Dead” …. Love For my Family and my Crew …

GL : “Life” from “Tension at the Seams”, our first album, a little history of my life.

We’re actually in studio to mix a brand new EP with 5 really old songs recorded for the first time or rerecorded like This, you’ll listen very soon this brand new version of that amazing song.