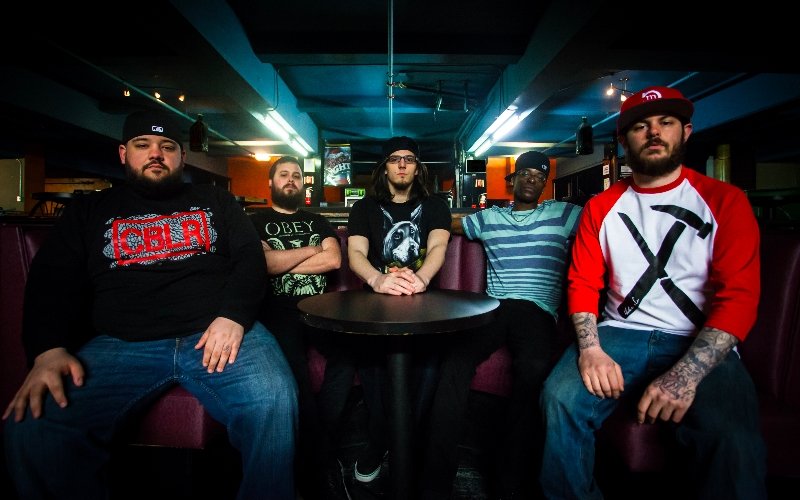 Frankie Screamz, vocalist of Scare Don’t Fear (https://www.facebook.com/scaredontfear),answered to our questions just before the beginning of the Warped Tour…..

Are you planning to see them live? the band is promising a great show!

RYL: Warped Tour is at its door, it will be an amazing experience! It is a lot of shows but a lot of fun as  well!! What are you preparing for your fans?

SCARE DON’T FEAR: We’ve prepared a high energy live performance. People that are looking to head bang and bounce are in for a treat!

RYL: Which is the song of the new album that you love to play live?

SCARE DON’T FEAR: That’s a hard question haha. I think we can all agree that Hustle or Problems are a couple of our favs.

RYL: Tell us more about the single “City of Skeletons”, what inspired its lyrics?

SCARE DON’T FEAR: We’ve been through a lot as a band the past 6 years. We went through a lot of rough times. After getting knocked down time and time again you start to second guess if it’s even worth continuing making music. It’s  a huge sacrifice musicians take  doing this full time.

That song is about being at your lowest and feeling like  you’re never gonna get back up but by the power of determination and your own inner strength snapping out of it and moving on. It’s about facing the storm head on. It’s about not giving up without a fight!

RYL: Among all the verses of the songs of your new album “From The Ground Up”, which is the one that better represents you (or the one closer to you)?

SCARE DON’T FEAR: Every single verse represents us perfectly because everything we say on our songs is 100% real and based off real life situations.

RYL: Can you comment for us the verse “Dominating is my religion” of the song “Heavy Collision”?

SCARE DON’T FEAR: Yes of course. Obviously I don’t really believe in some made up religion. It’s just a metaphor line that explains how passionate we are about our career choice and how hard we go.

RYL: Let’s go back to the EP “Destroy/Rebuild” and talk about “Vanish”, do you remember when you wrote it?

SCARE DON’T FEAR: Yes. We remember it clearly. We were in the middle of writing for the album. Larry Ohh played us a beat he  was working on and we were all hooked. We loved the vibe it gave us. It sounded so real and emotional we knew we found the perfect song to get some stuff off our chest. It was an open canvas to paint our picture on so we picked up our “brushes” and spoke from our hearts. It didn’t take long to write.

SCARE DON’T FEAR: When we wrote Street Warriors we were still a really young and new band still finding our true sound. It was the first song we wrote for our first EP “Blinded”. It was a concept song, We were just having fun and experimenting. That’s what you should be doing when your a new young band.

RYL: which is your favorite verse ever written for a song?

SCARE DON’T FEAR: A lot of us really like the Verses in DTM and Problems. But one of my personal favorites is my verse in “Someone To Talk To”. It’s one of the most honest and realest verses I ever wrote.