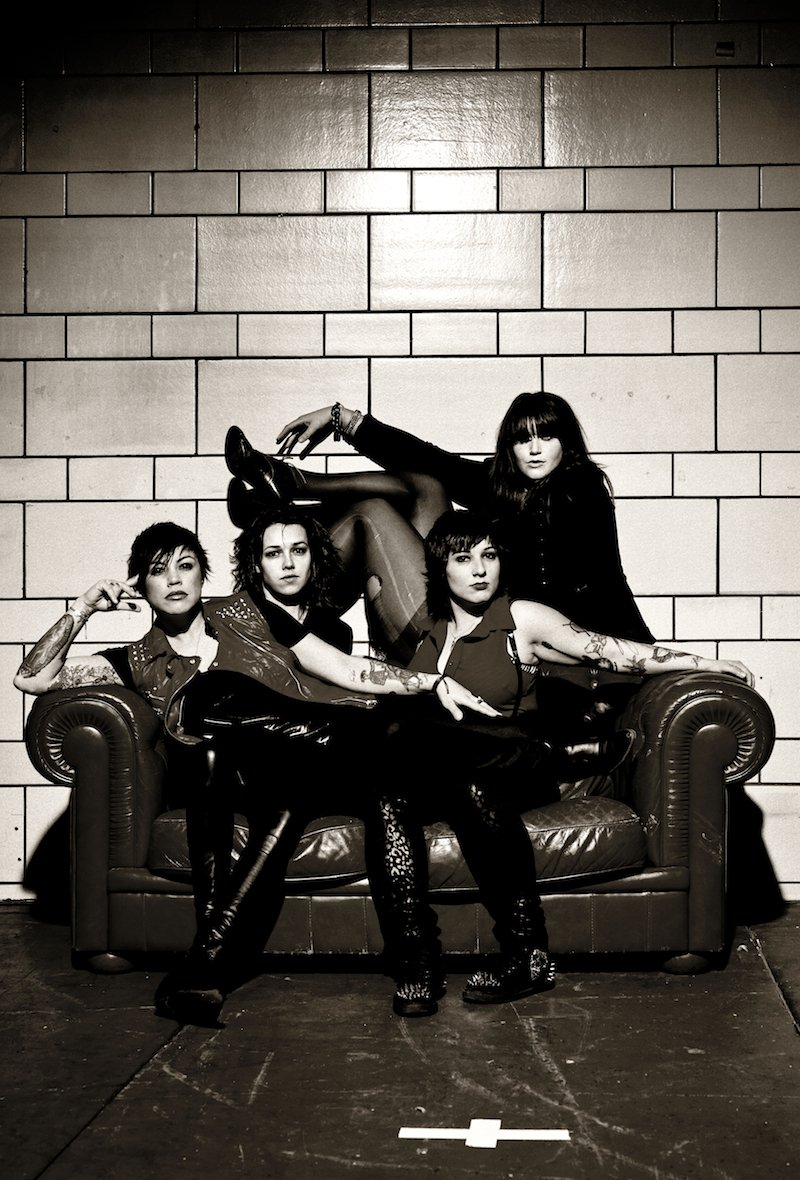 Between the dates of their tour, Hunter & Valentine http://www.huntervalentine.com answered to our

questions regarding their songwriting and future projects.

RYL: Toronto is your hometown, you recently had a great concert over there, how was it?

Hunter & Valentine: It was great to be home.

RYL: You toured Europe, US, Japan and more, which was the craziest thing that happened to you during these dates?

Hunter & Valentine:Probably playing Summer Sonic festival in Japan. We love to visit Japan and it

RYL: The album “Collide and Conquer” has been released one year ago; which is its main achievement?

Hunter & Valentine: I think that we are most happy with how many fans the record reached on the

ground level from just touring our asses off.

We are also very proud of how many different countries we made it to. Collide and Conquer pretty

much conquered a lot of mileage!

RYL: “Pulse” is our favorite song from the album, can you tell us how did you write it?

Hunter & Valentine: I (Kiyomi) wrote The Pulse a long time ago with my friend Hill Kourkoutis. She is

an amazingly talented musician and writer from Toronto.

We used to get together and just write and see what we could come up with.

Years later, the band decided to arrange it and our producer loved it.

Hunter & Valentine : It’s always different. Sometimes Laura will bring in an idea, sometimes I will,

other times we will jam out a groove idea and it comes together.

RYL: Which is the most difficult verse you ever wrote?

RYL: What does it means for you “the bull rides tonight”?

Hunter & Valentine: it’s about fighting one’s inner demons. For me that battle is about conquering my

instinct to be stubborn and bullheaded.

RYL: Going back to the previous albums, which song is more representative of your band and why?

Hunter & Valentine Jimmy Dean. I think that it shows our personality and how playful we are. At the

end of the day we are just a bunch of big kids.

RYL: In the music business what you hate the most?

Hunter & Valentine: The false promises and lack of creative vision.

RYL: Have you written new songs while you were on tour?

RYL: Let’s talk about “Liar Liar” who of you wrote its lyrics?

Hunter & Valentine: I did (Kiyomi). It’s basically a song about betrayal. I dated a person who was a

liar in a way that they only did things to please themselves.

So our whole relationship sort of felt like one big sham. You live and you learn

RYL: Few months ago a legend of rock and roll died, the great Lou Reed; who inspired your music?

Hunter & Valentine: Lou Reed has inspired me over the years to write my ass off no matter what the

I believe it was Any Warhol that told him that if he was going to be a musician, he should be writing a

song a day. I am nowhere near that, but it’s definitely an impressively goal to set for yourself.

RYL: Looking forward, five years from now, what you want to achieve?

Hunter & Valentine: We would love to be able to continue to make records, tour at a higher level and

just continue to reach new fans on a global level.