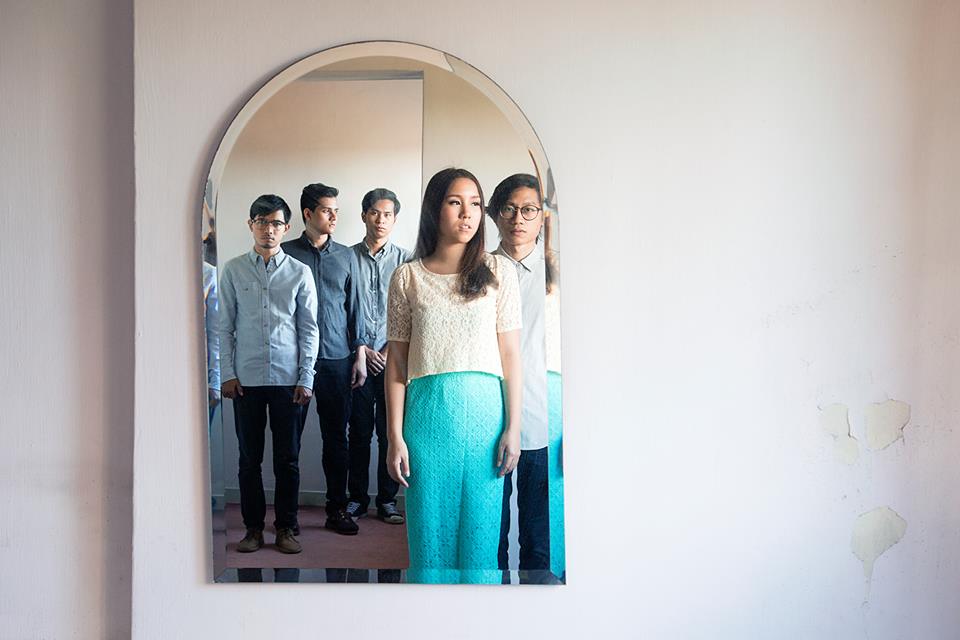 rockyourlyricsJune 27, 20150 views
Rock Interviews0 views 09 min read
Your last album was released in 2014 and titled “Synapses”– what does it mean for you, lyrically
speaking?
Isa Ong: Synapses was grounded on the idea that collective memories, or memories shared between individuals, is always fraught with disconnections and distortions.
Putting this idea into our music, our own songwriting is subject to such a situation as well. All members of the band listen to different things, genres, and thus, hold and channel very different musical ideas. “Synapses”, as a collection of songs, follows through with this, and highlights the usually uninteresting idea or notion that a band with 5 separate individuals can produce a selection of 10 whole and complete songs.
Lyrically, the bookends of the album, “Channels” and “Terminals” follow through with this concept. The songs speak about understanding the cracks within relationships that we experience as lovers, friends or bandmates and finding the connections that are made less visible with these disconnections.
Tell us everything about the song “False Realities.”
Isa Ong: “False Realities” is undoubtedly one of our more upbeat songs, but lyrically, holds a sad truth that is somewhat common today.
The song speaks about growing older and how very often, we forget what our fantasies and dreams were when we were children.
I think that the song has always been about passion and that an individual should never stray away from it in attempt to please others.
I suppose the upbeat vibe of False Realities, with its ukulele and vocal harmonies, casts a strange sense of happiness that we experience before we realise how far apart we have come from our personal passions.
Is there a common meaning/theme between all your songs?
Isa Ong: Pleasantry’s songs all represent moments in our lives that we wish to expose and reflect on. Hence, there hasn’t been a common meaning or theme to our songs.
Instead, we see each song as a particular time, event or feeling that we had at that given point of time.
When did you first start to make music?
Isa Ong: Personally, I started to compose music since i was about 14 or 15, with Ariff and Samantha.
We’ve been writing and playing music since we were teenagers and it’s honestly quite surprising that we’re still doing the same thing today.
How do you usually write the lyrics and music of your songs?
Isa Ong: Our songwriting process usually begins with an idea written by Ariff or myself, on any instrument, be it on the guitar, bass, drums, keyboard and for a few songs, the ukulele.
Here, we’ll do a rough recording of what sketch of a song we have and let the other band members have a listen.
From there, the band gets together to start tracing how the song should be written. A key element that often guides Pleasantry’s music is an emotion or a feeling, that we wish to convey to our listeners.
Working with these emotionally-driven ideas, our instrumentation, melodies and layering of sounds often fall in line and serve to meet that fundamental imagination.
Similarly, in terms of lyrics, Samantha and I are guided by the music first rather than the other way around.
Our lyrics are usually inspired by our surroundings, our social and emotional environments.
Hence, the specificities of our lyrics, themes or story lines, rather than taking hold of the song, are layered over the music.
What is the most important thing for you when making music?
Isa Ong: I think that making music collectively as a band is the most important thing. Being in a band and sharing the creative process is really what makes a band, a band.
In Pleasantry, it’s about communicating a certain idea, feeling or emotion to our listeners through music and that includes every member’s voice, intention and creativity, not just one individual’s.
In that, the band’s songwriting process thus far has always been inclusive and open, we always try to listen to each other’s perspectives and give them a listen or jam before ever turning anything down.
What is the best verse you ever wrote?
Isa Ong: I don’t think that there’s a “best” verse, as these songs, or at least the lyrics that I’ve written all represent moments in my life that have stood out, or have simply become fuel for reflection.
For Pleasantry, one verse that I’ve written that represents such a moment is in “Spent”, a song off Synapses.
When I wrote the lyrics for the song, I was in a strange transitory stage after the end of a two-year long relationship.
Here, I realised how much a relationship has changed me, in terms of the company I keep and more importantly, in terms of my own perspective towards things.
The words were simple, but combined with its melody, guitar accompaniment and strings, it seemed to create a distinct bubble in time that marked what I felt at that moment.

The last they saw of me

The last they saw of me

Shapes and sounds pull me…

That I’ll be satisfied

Answers punched me out

I’ve lost those pages ages ago

I’ve lost those pages ages ago”

What is the last song you wrote (not published yet)?
Isa Ong: The last song the band wrote is unfortunately unfinished, as we’ve been focusing more on rehearsing and getting our current repertoire of songs ready for performances.
I think musically, especially in terms of structure, the song has turned out very interesting thus far, with (what we hope are) unique transitions, while still maintaining a sense of flow and familiarity for listeners.
It’s the second song we’ve written with our newest band member, Haziq Hussain, and we can’t wait to get it finished and start playing it at shows.
What is the meaning behind “Nothing’s There?
Isa Ong: It’s a song about emptiness and how you yearn for meaning and purpose.
Any projects or tours this summer?
Isa Ong: In the end of June, we’ll be heading down to London for “Singapore: Inside Out,” a showcase featuring other local bands.
We’ll be playing a total of 4 shows that include 2 at the Rough Trade East store, something that we’re particularly excited about because of the history and amazing bands affiliated with that space and brand.
With the help of our ex-member and current sessionist Adel Rashid, we’ll also be performing an independently-organized show, “Singapore Music Night” at The Lexington.
It’ll be our first time ever as a band in Europe and since we returned from our short US tour, we’ve been raring to travel again. It’s going to be really fun!
Photo credit to: Marilyn Goh
Twitter : @pleasantrymusic