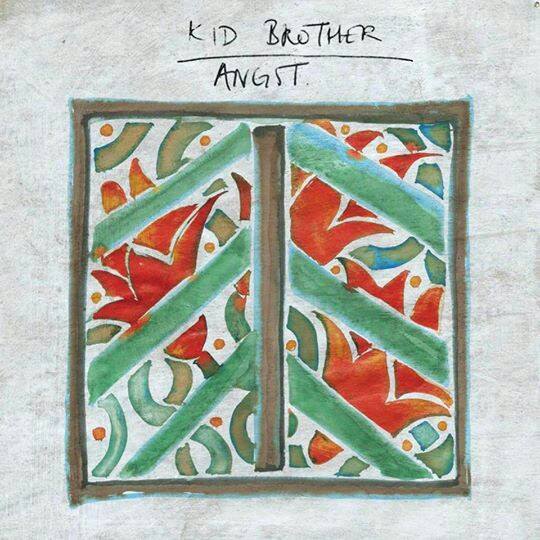 RYL: how you are preparing the release of your new album?

Kid Brother: Hey guys, haha we’re not quite at album level just yet but we’re planning on releasing our debut, self titled, four track EP this summer.

We’ve been up at The Ranch Production House recording with Lewis Johns and we’re currently in the process of having it mastered by West West Side Music.

RYL: Tell us everything about your new single “Angst”…

Kid Brother: The song was written about a friend’s passing a while back. That subject matter can tend to get a little murky and upsetting, so that’s exactly how we composed to lyrics to the song.

The contrast comes in the music, we tried to keep the music relatively positive and vibrant to create a bit of subtext within the lyrics.

The song depicts a grieving period or a “mourning season” in the space of three and a half odd minutes.

Well we tried our best to, but the topic is relatively hard to describe in a concise and eloquent manner.

Kid Brother: The only real recurring theme in any of our music is the probably that most of the lyrical content comes from personal experience. I think that’s probably true for a lot of people’s songs though!

RYL: When you first started to make music?

Kid Brother: We all started in our mid early teenage years but we started writing music together about three years ago and we haven’t stopped since.

Kid Brother: The process of writing the music is normally someone will bring a rough idea to the rehearsal room and we’ll develop it from there as a group. As far as the lyrics go, it’s normally whoever is struck with that writing lightning first that we let run with it.

With the prospect that everything is up for debate and no song is a finished article until we’re all happy with it.

Kid Brother: Music has always been a release for us, emotionally and physically, more a matter of necessity than importance! Performing live and creating a piece of music that you really put a piece of yourself into is unbelievably relieving and that’s what’s important to us, keeping relieved, keeping focused and staying hungry.

Kid Brother: A personal favourite is the opening verse to a song of ours called

‘Lacklustre Life’: “A mother only hopes for the best for her children not to grow up violent, have all their teeth when they’re smiling. I used to want to change my name, now I hang it on my wall in a handmade frame”

Kid Brother: We’ve got a few iron’s in the fire aye, but nothing to divulge just yet.